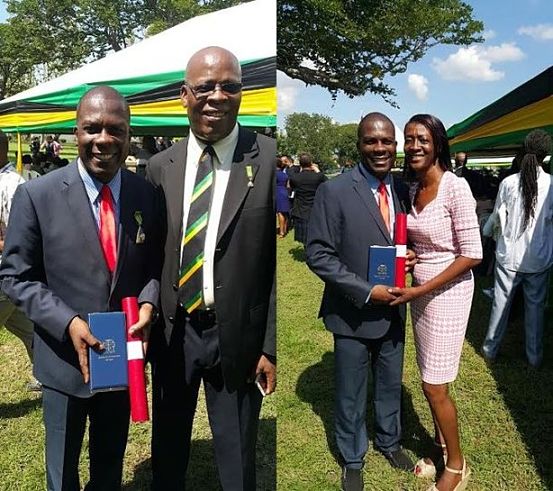 Spending over 30 years in the same field is enough to make anyone feel jaded. Not Senator Norman Washington Grant, whose exploits in the world of agriculture, the local sector in particular, goes back three decades and counting. And he still feels like a young boy on the first day of school.

An upbeat and deeply inspired character in person, Grant (the longstanding president of the Jamaica Agriculture Society), Grant speaks eloquently and passionately about his work, what keeps him going and the kind of contribution he wants to make next. To say the least, working in the agricultural industry and playing a key role in pushing the sector forward matters deeply to him.

A man who has him fingers in many pies, Grant has also given numerous years of his life to the 4H Clubs, the coffee industry and the list goes on. But the contribution he seems most of today is being instrumental in the launch of the "Grow What We Eat" campaign, which has made a significant dent in the public consciousness and is now in its 12th year. “That’s a significant highlight for me,” he tells TALLAWAH, emphasizing that the work continues.

“This is only just the beginning. There is much more to be done to further develop the campaign and the sector on a whole to keep Jamaicans well fed and to reform the economy. It will take a total team effort.” He continues, “This is the twelfth anniversary of the "Grow What We Eat" campaign, and so our over 2,200 farmers will have a critical role to play.”

A solid presence in the Jamaican Senate since 2002, Grant’s major strides in an area he’s endlessly passionate about has not gone unnoticed. In fact, on Heroes’ Day, the government showed how much his work matters, when Governor General Sir Patrick Allen presented him with the insignia of the Order of Distinction (Officer Class), alongside 46 other outstanding Jamaicans so honoured. At age 51, Senator Grant readily sums up his life as a journey chiefly characterized by a commitment to nation-building. “My life has been one of service dedicated to a sector that means a great deal to me,” shares the JAS president, who also happens to be a doting father and husband.

Seeing him interacting with relatives last Monday, you can tell that family life is paramount to him. Sharing in the joy of the occasion at King’s House, his wife Millicent, his grown kids, and in-laws spent a great deal of time posing for group photos and taking trips down memory lane. “They are my biggest supporters,” he admits, “and having them on this journey with me I couldn’t ask for anything more.”

So it stands to reason that years from now when the Norman Grant story is told, the fantastic three will hold pride of place. As he tells it, “Being recognized for my work feels good. I feel like I could go another 30 years. And for that I have to thank the farmers, the JAS and my family.”