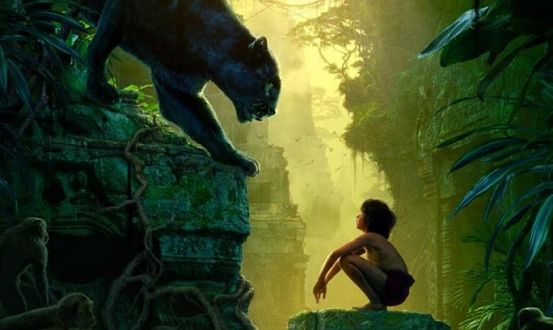 THE JUNGLE BOOK
Director: Jon Favreau
Starring: Ben Kingsley, Neel Sethi, Bill Murray
From bedtime story to Saturday-morning cartoon (and the list goes on), Rudyard Kipling’s beloved children’s classic (about a boy raised in the wild by wolves and the journey of self-discovery that follows) is constantly reinventing itself and finding new life. Up next: a big-screen, CGI-generated action-adventure spectacle from Disney Pictures, full of pyrotechnic visuals and anchored by a stellar cast led by Ben Kingsley, Idris Elba, Scarlett Johannson and Bill Murray. [Watch the trailer].
**

MACBETH
Director: Justin Kurzel
Starring: Michael Fassbender, Marion Cotillard
If the gripping, tell-tale trailer is anything to go by, this modern and ravishingly costumed reinterpretation of Shakespeare’s most spellbinding tale of war, murder and greed could become a major player as awards season picks up steam. While anticipation is rife for Michael Fassbender’s take on the conflicted anti-hero, our money is on Marion Cotillard to nab the movie with some scene-stealing verve as the ultimate femme fatale Lady Macbeth. [Watch the trailer].
**

ROOM
Director: Lenny Abrahamson
Starring Brie Larson, Jacob Trembley
Word is Brie Larson gives the performance of her career in this claustrophobic drama-thriller that combines fast-paced storytelling with mind-bending thrills. In Room, Larson platys the guardian of a spirited five-year-old boy. Trapped in a tiny windowless space, they hatch a plan to escape only to realize that their greatest fear is facing the real world. We’re tempted to draw parallels with films like Buried (the box-office hit starring Ryan Reynolds) but instinct tells us this is anything but. [Watch the trailer].
**

THE DANISH GIRL
Director: Tom Hooper
Starring: Eddie Redmayne, Alicia Vikander
Last year’s Best Actor Eddie Redmayne (for his masterful portrayal of Stephen Hawking in The Theory of Everything) is again garnering awards-season buzz for his turn as a husband whose dalliance with his feminine side (after a stint as an artist’s model-muse) leads to an identity crisis and turns his marriage (Alicia Vikander plays his distraught wife) upside down. Based on the 2000 novel of the same name by David Ebershoff, The Danish Girl (director Tom Hooper’s most buzzed-about project since Les Miserables and The King’s Speech) earned strong critical praise at the Venice International Film Festival earlier this year and, like Carol (see below), could gains serious momentum heading into the rest of the season.[Watch the trailer].
**

CAROL
Director: Todd Haynes
Starring: Cate Blanchett, Rooney Mara
Striking similar chords and delivering sumptuous period details like such previous Haynes pictures as Far From Heaven – and Stephen Daldry’s The Hours – this evocative relationship drama, based on Patricia Highsmith’s semi-autobiographical novel The Price of Salt, explores what transpires (the heartbreak, the scandal) when a young aspiring photographer (Rooney Mara) embarks on an affair with an older married woman (played by Cate Blanchett) in early 1950s New York. Costarring Kyle Chandler and Sarah Paulson, Carol won raves at Cannes, where it was a finalist for the Palme d’Or and secured Mara best-actress honours. [Watch the trailer].