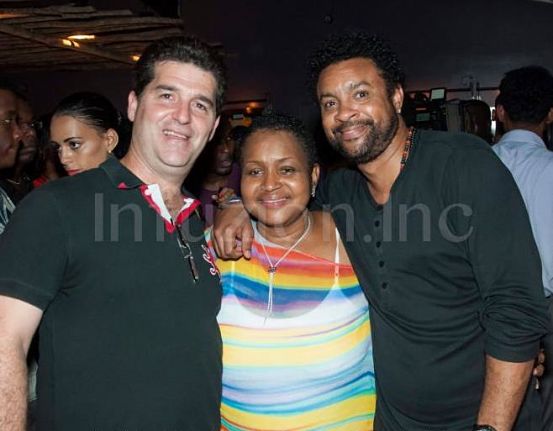 The biennial Shaggy & Friends mega-concert may be a charity fundraiser with a touch of class, but a large part of its appeal has to do with the spectacular mix of star power and first-class entertainment that it consistently brings to the lawns of Jamaica House. It’s returning to the scene in 2016, and according to our sources, the wow factor is being quadrupled. “We are going very international this time,” the Solid Agency’s Sharon Burke tells TALLAWAH during an exclusive chat at King’s House on Monday. “We are teaming up with several international media partners, and it will be streaming live, which will help us to raise some more money.”

Without spilling the details or naming names, Burke said the growing lineup boasts a star-studded mix of local and foreign acts people will be shelling out the big bucks to see. “I can’t call any names yet because plans are still being finalized and the proper announcements will happen at the launch at the end of October. But I can reveal one name that will be on the show: Shaggy,” she laughs.

All fun aside, Burke makes it clear that their objective remains the same: to maximize the earning potential of this fund-raising machinery to save the lives of very young children at the Bustamante Hospital. “Our main aim is to make more money for the hospital,” says Burke, who’s been collaborating with Shaggy’s Make a Difference Foundation for years. “The finds will go towards the CAT Lab, which is not yet complete. So hopefully we can finish what we started.”

Shaggy & Friends, which has in the past delivered knockout performances from Ne-Yo, Lauryn Hill, Tessanne Chin and Maxi Priest, to name a few, returns to Jamaica House on January 2.

>> The multi-talented members of the Quilt Performing Arts Company continue to spread their wings. According to a source, the energetic youngsters (who got their start at UWI Mona’s Philip Sherlock Centre) are heading to St. Vincent this week to lend our Caribbean brothers and sisters a hand in addressing matters concerning the performing arts and policy. Led by their fearless AD, Rayon McLean, the company (which took part in the Contacting the World festival in Manchester, England, last year) are heading to South Africa in February. We highly recommend that they next consider entering the annual World Championships of the Performing Arts.