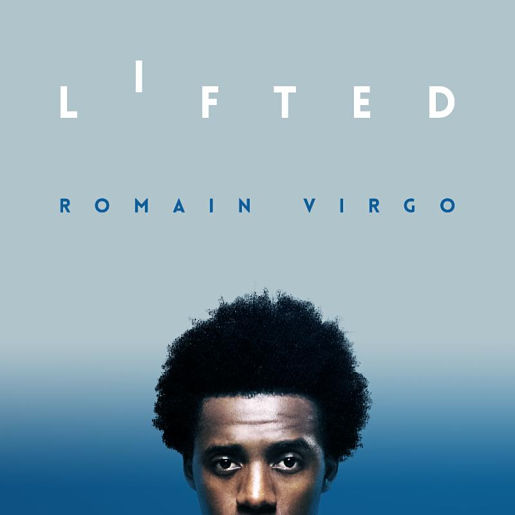 Delivering an alternately hard-hitting and tunefully pleasurable listening experience, Romain Virgo’s new EP, Lifted, treads that fine line between contemporary reggae and rootsy lover’s rock with traces of R&B and hypnotic soul thrown into the mix. It’s quintessential Virgo: full of big, piercing vocals and lyrics that provoke thought and remind one compellingly that life is a mixed bag. At the same time, it showcases a young veteran in his prime, who continues to carve out a niche for himself in the biz, while maintaining his relevance, even as the industry churns out a couple of promising male vocalists every other week.

As expected, the eight-track offering yields a combination of stirring originals and daringly reinterpreted covers worth repeated listens. I’m talking about the singer’s powerful take on Sam Smith’s Grammy-winning “Stay with Me” buoyed by earnest vocals and a conviction that stops you in your tracks. The other do-over is the pop classic “Soul Provider”, which Virgo skilfully transforms into a heartfelt ode to commitment and going the distance when it comes to matters of the heart.

The rest of Lifted is just as appealing – but far grittier, lending the project that all-important balance. Best of the lot is “Fade Away” (coincidentally the first single released, whose video just arrived on YouTube). With Agent Sasco lending a couple of tight verses and slick rhymes, the tune strikes a resonant chord with its exploration of such themes as hypocrisy and the dark side of human nature. “Badda Man”, meanwhile, preaches non-violence despite its focus on the scourge of gang violence and the damning consequences for at-risk youth. “God Inna Mi Corner” has a title that speaks for itself, but it’s less about religion than about walking the straight and narrow, come what may.

What we’ve always found interesting about Virgo’s journey since Rising Stars is the relative speed with which he’s evolved into a musical force to be reckoned with. Lifted continues that impressive arc, and one listen to a track like “Work” (a close cousin of previous hits like “Another Day, Another Dollar”) is enough to confirm this.

The sole complaint is that the EP ends too quickly. (Then again, it’s not a full-length project.)

From day one, we’ve had Virgo pegged as heir apparent to the Beres Hammond throne, and he hasn’t disappointed us since. He possesses the charisma, drive, vocal range and staying power to go the distance. And he’s only 25. With such a bright future awaiting him, this is clearly just the beginning.