KITCHEN CONFIDENTIAL: Restaurant Week’s Stephanie Scott dishes on simple pleasures, her journey, and the foodie event of the season 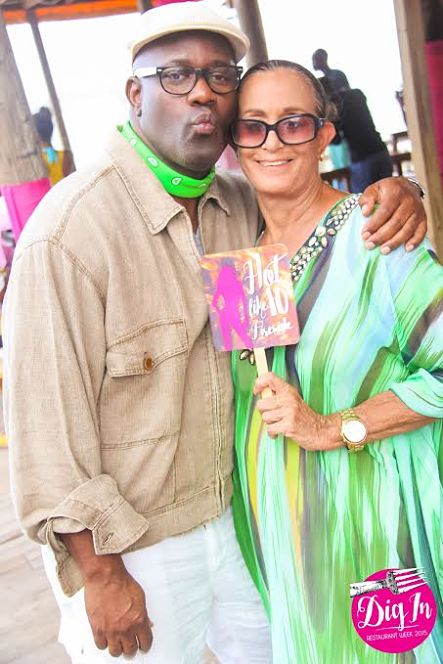 TABLE FOR TWO: Scott, bonding with culinary whiz and good friend Colin Hylton. Below, scenes from a life well lived.

Ahead of the 2015 leg of the food lover’s extravaganza Restaurant Week, TALLAWAH pays a visit to the event’s enterprising conceptualizer Stephanie Scott and discovers a gracious hostess, charming storyteller, and a woman of exquisite tastes.

It’s complicated. That’s the ideal way to describe the relationship Stephanie Scott has with food. “I do consider myself a foodie. I enjoy eating. I love food. But I’m not big on cooking,” she confesses dramatically. She leans forward as if for emphasis then relaxes in her seat. We are ensconced on a pair of gorgeous sofas in the living room of her Marley Road digs in St. Andrew on a balmy Tuesday morning chatting like old pals about everything from family and career moves to life passions and the fast approaching Restaurant Week, which Scott and her team, have been producing for more than a decade now.

Restaurant Week is all about food, glorious food and the fine art of dining out, so I couldn’t help inquiring about her personal food story. “I love food because it brings people together. It goes well with wine, and it plays a great role in camaraderie. But cooking? I can cook, but I don’t like to cook.” She lets out a hearty laugh.

Yes, it’s one of the qualities we admire most in this formidable woman: her absolute candour and utter realness. There is no pretense with her, no hypocrisy. What you see is what you get. And she tells it like it is – in a voice that’s deep and smoky and perfect for the movies.

Casting a keen eye around her well-appointed abode, we like what we see. From the breezy, picnic-perfect outdoors to the sublime interiors, you can’t get enough of the rustic chic that screams English countryside manor. The artwork (Carl Abrahams, her dad Ralph Thompson’s watercolours) and furniture are exquisite. We could live here.

Stephanie Scott is a Montessori-trained teacher (early childhood education is her specialty), who spent all of 29 years in the classroom. Upon retiring, she wanted to throw herself into a passion project. So when the idea of pioneering a Jamaican Restaurant Week was suggested to her (by a New York-based in-law), the opportunity proved irresistible. So, of course, she jumped at it. “We started out with 23 restaurants, and now we’re up to 75 restaurants this year,” she reports with immense pride. “When I think about it now, doing something like a Restaurant Week was the farthest thing from my mind, but the thought simmered in my brain. And then I said to myself, ‘I’m good at organizing; I’m personable. I could do this.’ So I took my little basket and went from door to door.” 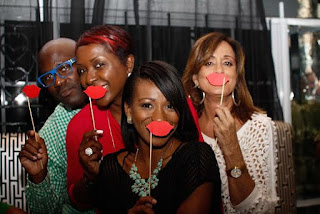 Before long she managed to sell the idea and snag a few sponsors who gave her the backing she needed. “A big thing for me as The Gleaner, because I needed a print media partner, and they came on board with me.” Flash-forward a decade or so later, and the partnership is stronger than ever. The RW brand itself, to say the least, has evolved nicely, advancing from strength to strength with Scott, seatbelt well fastened, in the driver’s seat.

The truly beautiful thing about the growth of Restaurant Week, she tells me, is the way in which it basically evolved at its own gradual pace, and took on a life of its own. “I’m a conservative person; I like to take things slowly. So if somebody were to ask me why RW is so successful and so well patronized, I’d say it’s because it’s well managed. I think if I were to admit anything that would be it.”

That said, while giving props to her PR and social media collaborators, and having taken the megabrand from Kingston to Montego Bay and Ocho Rios, she’s set no ceiling on what RW can achieve in the years to come. “I’m really hoping to do Mandeville next year, with at least four or five restaurants participating. So we’ll be going there in January to see what it’s like and get the ball rolling.”

She continues, “But where I’d really like to see RW go is to have it marketed more to the tourist market,” she says. “If Jampro and the Tourist Board were to think about it, I don’t see why food can’t be marketed like how we market reggae music.” She’s also eyeing a few Caribbean destinations. “I would love to do some regional cities, taking the brand to other islands. I’m thinking of Barbados now.”

By her own admission, Stephanie Scott is a big believer in collaboration. That’s why she doesn’t view the other local food events (especially the new and emerging ones) as competition. “I’m glad the other alternative food events are popping up because it’s an economic boost. They are all celebrating Jamaican food and bringing people together. And with the international community looking on, it’s giving our local chefs great exposure. I’m all for holding hands with these other culinary events to spotlight Jamaica as a great food destination.” 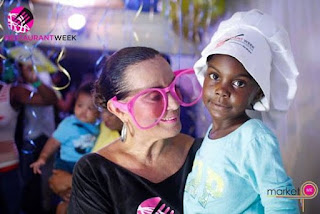 A few interesting facts about Stephanie Scott: she counts Immaculate Conception, and Boston and Toronto Universities as alma maters; when she got married she lived in Central America (before returning to Jamaica in 1989) and speaks fluent Spanish; she’s a divorced mother of two (adult sons Nicholas and Sean, Ivy League grads, are major corporate players in Jamaica today) and her three grandkids are the absolute joy of her life. Oh, and a couple of weeks ago she turned 60! “My birthday falls around the time of preparing for Restaurant Week, so I’m always working,” she says. But her sons and grandkids insisted on making this year extra special. “We all went away to Treasure Beach for the weekend. We had a great time. I’m very fortunate that my sons decided to come back to Jamaica to work. After leaving college they turned down huge jobs to come back home.”

It’s almost time to take my leave. Near Stephanie’s office door are dozens of small white goodie bags to be dropped off at some of the Corporate Area establishments participating in RW this week. You have to watch your step. When Stephanie slips into her office to take a phone call, I bump into Donna the housekeeper, who later escorts me to the front gate. When I ask Donna what it’s like having Stephanie Scott for a boss, she emphasizes Stephanie’s generous spirit and warmth. “She’s a very nice woman. I’ve been working with her for 21 years now. I watched the kids grow up and go through school. She makes you feel like a part of the family,” Donna says, sounding like the perfect, devoted housekeeper she is. A woman who, you can tell, loves to cook.