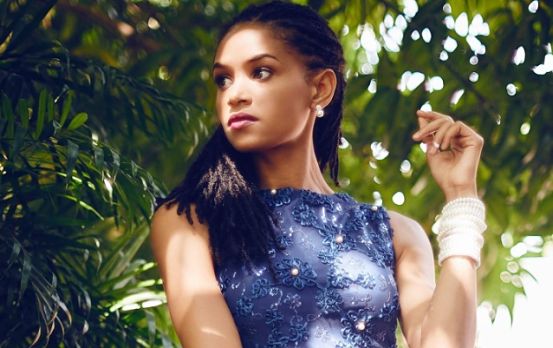 IN FULL BLOOM: Myrie's China wardrobe includes pieces by designers like Cedella Marley and Raxann Chin. Below, our ambassador checks in.

The national costume that Jamaica’s ambassador sports each year at the Miss World coronation show always generates feverish debate, and this year’s creation will certainly send tongues wagging. Forget tradition and playing it safe. The piece, designed by US-based Jamaican talent Raxann Chin, is a sexy doctor bird-inspired look, heavy on modern symbolism and replete with elements that speak to Jamaica’s ever-evolving culture, particularly the dancehall factor, our youthful energy and that sporty-athletic vitality that the world can’t get enough of.

Chin, who has earned proper notice for her ultra-femme line Femheka, says that in designing the piece, incorporating an ‘element of surprise’ was key. She’ll get no argument from us on that score. “I feel like they are always looking out for Jamaica because they never know what she’s going to look like or what she’s going to wear,” says Chin, who also contributed several sensible day and evening looks that Sanneta Myrie has included in her China wardrobe. “There’s a lot of symbolism in this costume. It’s risky and it’s controversial, but it’s something different, which is what we were aiming for.”

Miss Jamaica World franchise holder Laura Butler of Fusion Consulting Limited says, simply put, this year’s national costume had to be unlike anything the world has ever seen from us before. “We decided to break with tradition and try something different, so it’s not the bandana but it’s our national colours done in a very creative and stylish way,” she explains. “We expect the backlash because you can’t please everybody. But this is about showcasing Brand Jamaica and doing it the best and only way we can. And I’ve always felt that there’s this burning desire around the world to see the true Jamaica, and this is it.”

Jamaicans and the rest of the world will have to wait until the night of December 19 to see what the actual costume looks like. Perhaps most important of all, our young queen is pleased with the choice. “I’m confident in this costume because I feel like we’re representing the true Jamaica,” Myrie tells TALLAWAH. “There’s an element of sophistication to it. It has a dance aspect – a tutu element and a dancehall element – which is great for my talent piece. So I’m thrilled. It’s a bold step, and I like it.” 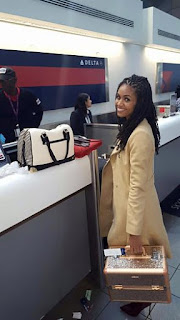 The 24-year-old stunner was vibing with members of the press at the Spanish Court Hotel on Monday afternoon, as she previewed the collection of eye-catching ensembles that make up her China wardrobe. It’s a solid collection featuring pieces by a diverse group of established and emerging designers, including Cedella Marley, Sophia Max-Brown, Amelia Morgandy and Chin.

Now, Sanneta is off to Sanya. Myrie departed the island on Tuesday and is due to arrive at her destination by Thursday morning. Ahead of the grand coronation, she’ll spend about four weeks in a developmental programme with the other contestants (about 110 in total), participating in various group activities and pre-judging events. “Sanneta is edgy, spunky, sweet. She has a lot of those qualities that [past Miss Jamaicas] have displayed but with her own flair and flavour,” says Butler, who later revealed that Jamaica is in serious talks to host the Miss World pageant in 2018.

“We’re confident that she will do well,” Butler says. “But when it comes to Miss World you can’t predict it. But she’s trained and trained well to overcome obstacles and cope with various challenges. Miss World is a fast-paced competition, and so those girls will have to stay focused, under pressure, to showcase their best.”