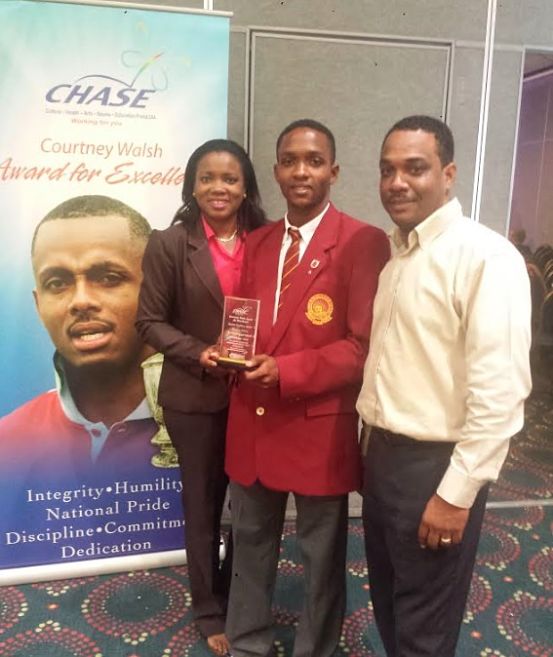 ALL IN THE FAMILY: Garwood, with parents Sia and Anthony at the 2015 Courtney Walsh Awards at the Jamaica Pegasus.

If you ask Javauni Garwood what makes him happy he’ll immediately tell you about reaping the benefits of his hard work. “Doing exceptionally well in whatever I do, that’s what makes me very happy,” he reports. Suffice it to say, young Garwood is a very happy man. The athletic teenager, a Wolmer’s Boys standout, reaffirms what it means to be a relentless achiever. But what makes his case that much more interesting is the incredible series of triumphs he’s pulled off, in the fields of academic and sports, before he celebrated his seventeenth birthday.

For the last three seasons, Javauni has been a member of the Wolmer’s Boys Walker Cup, Manning Cup and Super Cup football teams. In 2010, he was a member of the school’s ISSA Under-14 cricket team that lifted the championship trophy. But that’s not all. His trophy case also contains silver and bronze medals earned at the World Karate Tournament in 2012 and 2015 respectively. On the academic front, Javauni has distinguished himself in the external examinations, with sterling passes in eight CSEC/CXC subjects and five at the CAPE level. And on the artistic side, he holds a bronze medal for dub poetry in the JCDC Festival of the Performing Arts. 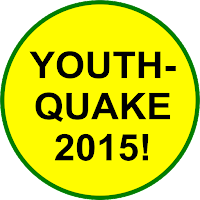 By his own admission, the fail-proof combination of time management, drive and self-awareness figures prominently in the pursuit of his goals. “It’s all about strategy. I like to study till late and wake up early. I know what I want and I work toward my goals,” says the senior prefect, whose super-sized passion for sports dates back to his days as an energetic tween at the Half Way Tree Primary School, where he was head boy. “I love the competitiveness of each sport, but football gives you the aggression and the fighting spirit to outdo everybody, and I use that in my schoolwork.”

Unsurprisingly, his parents remain key sources of guidance. As Javauni points out, his mother Sia (a member of the NHT staff) and dad Anthony (a Corporate Area vice-principal) were intent on moulding a future leader. “They always pushed me, and when I did well in school they rewarded me for my achievements. And from then on, I started working harder,” he recalls. “I like being rewarded for hard work.” 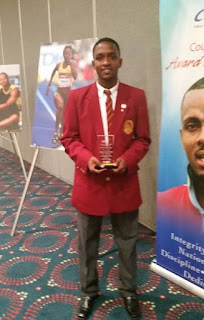 In October, young Garwood received the most prestigious reward of his life so far when he was named the 2015 Courtney Walsh Award for Excellence Student Awardee (Male) during the annual ceremony at the Jamaica Pegasus. “I was surprised that I was even shortlisted for that kind of award,” he says now, “but when they called me I felt honoured to get that kind of recognition.”

Of course, he’s a huge admirer of the Jamaican cricket legend after who the award is named. “He has steered the path for young sports persons to follow in his footsteps,” he says of Walsh, who was also in attendance at the ceremony. Javauni is also a fan of the soccer greats Kaka and Lionel Messi and considers Dr. Ben Carson, author of Gifted Hands, the quintessential role model. As for the total high-school experience, he says it doesn’t get any better than Wolmer’s. “The school provides you with a mixture of everything and moulds you into a well-rounded individual,” he says. “It makes you prolific in academics and sports.”

In person, Javauni (who has several science-related career paths in mind) may appear somewhat reserved and unassuming, but he truly comes alive on the ball field, with skilful manoeuvres that show off his ability to command the spotlight and impress onlookers twice his age and older. “His future is bright,” shares Alex Thomas, a member of the Wolmer’s coaching staff, as Garwood and his teammates go through their paces and ball drills. “He’s a very disciplined kid on and off the field, always willing to train and put in the hard work.”

Those in Javauni’s support circle are working to get him a football scholarship to study at university overseas. That’s Javauni’s dream. Meetings have been held with various coaches and admissions officers, with the hope that a good deal can be worked out. In the meantime, the young sportsman, keeping his fingers crossed, remains focused on impressing his coaches on the field and getting impressive grades in the classroom. “I feel I’m going to get four ones,” he predicts, referring to next May’s CAPE, his final set of examinations. “The grades from last year were good, but they have motivated me to do better.”