MUST BE THE MUSIC: Despite major challenges, the show must go on for Alternative Music’s Keesing Live 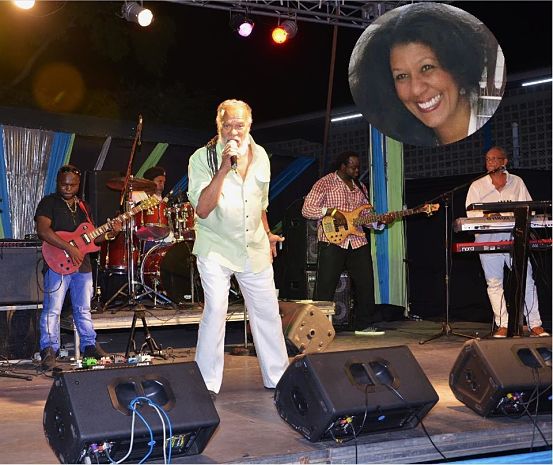 Cherine and her ROC Foundation chose the venue to host last year’s Roc Kids Fest. Kevin Downswell found it the ideal spot for the launch of his book The Search Continues and accompanying live concert in July. Various Corporate Area firms have relied on the place’s relaxing, people-friendly vibe to set the atmosphere for their company events. 5 Keesing Avenue, the headquarters of Alternative Music Limited and their increasingly popular concert series Keesing Live, has been in the spotlight a lot lately, attracting noted music personalities who find its spacious concert grounds and recording facilities to their exacting tastes. (Romain Virgo is a regular.) But the live music show has become the biggest draw.

Though they’ve been garnering major buzz and a steady stream of hosting gigs, Alternative Music’s general manager and resident chanteuse Charmaine Limonius is far from satisfied. The way she sees it, the level of media support or their events leaves a lot to be desired. Add to that the absence of sponsors willing to take a leap of faith with them. “That’s been our biggest challenge – to get sponsors on board and draw in a bigger audience for Keesing Live. But in spite of that we’ve come a long way,” Limonius tells TALLAWAH as we catch up at the Knutsford Court Hotel one breezy Wednesay morning.

It’s a few days before their final show for the year, which featured legends like Ernie Smith and luto Shervington, alongside a supporting cast of established and emerging reggae and lover’s rock artistes.

As Limonius explains, Alternative Music had little difficulty finding its footing, but getting Keesing Live established as a worthwhile venture was the major challenge, presenting a steep learning curve that she’s still navigating. “It’s a labour of love, trust me. As I said earlier, we don’t have the luxury and benefit of sponsorship. For a time, we got a little help from Wray & Nephew but that was short-lived and ever since we’ve been doing it out of our own pockets. We are yet to break even.”

On the upside, what sets Keesing Live apart from the rest of events on Kingston’s live music scene may very well be the incredible quality of the sound system equipment that brings the shows to life. Sometimes the sound is so crisp and clear you can hardly believe your ears. “We are a sound company, first of all, so the business side helps a lot. We own the equipment and its top-of-the-line equipment so we are able to produce a top-notch show,” Limonius says, the sheer pride obvious in her voice. “And we’ve been able to work out a deal with a lot of the artistes who come here to perform. So in spite of the setbacks we have to give thanks.” 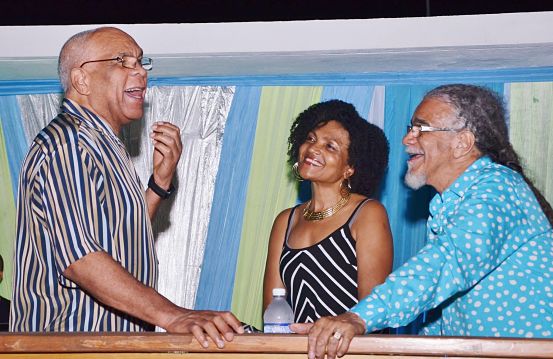 Meanwhile, when it comes to growing the Alternative Music/Keesing Live brand, Limonius (who splits the workload with business partner and Managing Director Robert Stewart, who many mistake for her husband) believes feedback is key. “That’s the only way we’re going to truly know what works, what doesn’t and what we need to improve on,” she says. “There’s a stigma attached to any event that happens below Half Way Tree, so we have that issue to contend with as well, getting people to come down. But we really make the effort to make patrons feel safe and comfortable.”

And the work continues. “We hope to keep the show alive for many more years to come. We are now doing it four times a year. I’m already thinking of the next show,” says the fiftysomething singer-songwriter and former United Nations staffer, whose ten-year recording career is about to hit another octave with the release of Moments, her third full-length album, due out next year. “One of our goals is to further diversify our offerings, develop the property some more and beautify the place, but we need the support. In recent years we expanded the facilities to include a rehearsal studio and recording booths and a band that we rent.”

She continues, “It’s a terrible thing when, as performer, you go to a performance and you get mediocre equipment to work with. I’m a performer, so I know. So our aim is to keep providing good service, good equipment and maintain that high standard.”