REAL TALK: Of Billboard, the Joss Stone controversy, and reggae to the world 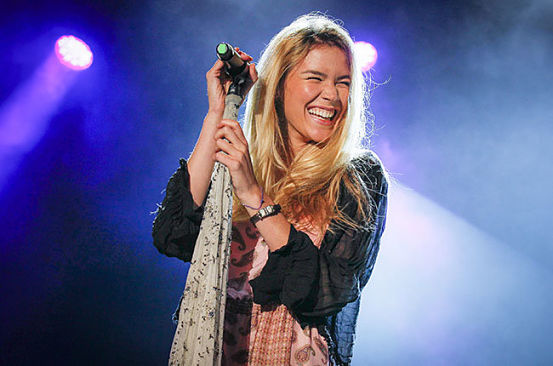 Billboard Magazine recently named British songstress Joss Stone as its top reggae artiste of 2015. As expected, the news has sparked controversy, meeting with strong reactions locally and in the online universe, where folks have described the announcement as “laughable” and an insult to lifelong reggae musicians, particularly the veterans who’ve been in the trenches for years. They have a solid point.

But what one has to consider, first of all, is the criteria that led to Billboard’s announcement. What’s become clear is that Stone was cited largely based on the chart performance of her latest album, Water for your Soul, which outsold records by Bob Marley & the Wailers, Jah Cure and Morgan Heritage.

Still, one can’t help but wonder: does releasing a reggae-influenced album make you a reggae artiste? Did Joss make an announcement that she’s now pursuing reggae? I can’t recall.

Music lovers, yours truly included, who are familiar with her work, know Joss Stone as one of the most soulful white women in the world, with a fusion of R&B, funk and neo-soul that touches your core. (To put it nicely, she’s the female Robin Thicke.) She’s that good, and her vocals are impeccable too. Over the years, she’s collaborated with the likes of Lauryn Hill, Common and Raphael Saadiq, among others, and her albums like Introducing Joss Stone and The Soul Sessions Volume 1 make for pleasurable listening experiences.

For me, she’s up there with fellow Brits like Amy Winehouse and Adele. She’s that talented. But Joss Stone is a soul singer, who likes to dabble in other genres, reggae included. She’s not a reggae artiste. Come to think of it, she’s not alone. Snoop Dogg (Reincarnated), Rihanna, Melanie Fiona, Nas, countless rock ‘n roll icons and troubadours and even Beyoncé have all dabbled in dancehall and reggae, but we know what lane they answer to. We don’t categorize them as reggae artistes.

There’s another issue to consider where ‘dabblers’ are concerned. Sometimes ‘dabblers’ catch a vibe and head to the studio. In a reggae mood. They might record a song or two that have reggae beat, melody and flair. In some cases, over a period of time they might record enough reggae-influenced tracks to put out an EP or fill a whole album. In rare cases, the label gives the green-light and a new “reggae album” is born. Voila!

It’s not the same thing with a pure-bred reggae artiste, so one can understand the “outrage” when a foreigner ‘steals’ the shine – even if said foreigner has better marketing, a wider reach and ultimately sells more records. Yes, reggae has been embraced globally, but it still belongs to Jamaica. Everybody knows that.

I don’t believe Billboard intended to diss the bonafide reggae musicians who graced their Reggae Album Chart this year. Still, as it turns out, the act of singling out Joss Stone as the Reggae Artiste of the Year, by a publication held in such high esteem as Billboard, sends the wrong message.

Email ThisBlogThis!Share to TwitterShare to FacebookShare to Pinterest
Labels: Billboard, Commentary, Do I Smell a Controversy?, Flashback 2015, Joss Stone, People In The News, Real Talk, Reggae