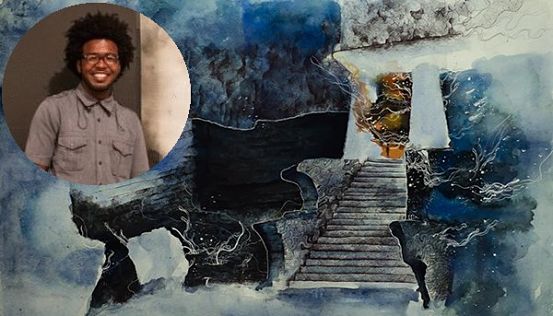 SHOW PIECE: "My art is the poetry of my life, the internal struggles," shares Nattoo, 22.

As a young boy coming of age in Spanish Town, St. Catherine, Richard Nattoo found pleasure in the most unexpected hobby for a child his age – gardening. As it turns out, the emerging visual artist and future architect has long had a thing for creating and inhabiting his own worlds, replete with magical realism and flights of fantasy. “As a child, my garden was my getaway. Being around the things I planted was how I got to explore nature and my own imagination,” he recalls. “I like being by myself. I loved creating other worlds and exploring them.”

More than a decade later, as a rising star in the Jamaican art world, Nattoo still enjoys his solitude – and his exploration continues but on a grander scale. He’s in the big leagues now, showcasing magnificent pen and ink creations (his preferred medium) that, upon viewing, lets you do a double take. “My work is a reflection of my own experiences. It’s how I translate the happenings in my reality,” he tells me, as we bask in the great outdoors at Devon House. “I consider it the poetry of my life, the internal struggles. It’s a lot of introspection; that’s basically my process.”

Unsurprisingly, the tidy body of work that Nattoo presented at this year’s Young Talent Expo (featuring the cream of the crop of young-art Jamaica) at the National Gallery, was a hit with viewers, sparking dialogue centred on themes ranging from humanity and mortality to sense and sensibility. “It gave me the biggest exposure I’ve ever gotten as a young artiste,” the 22-year-old says now. “A lot of the feedback I got suggested that a lot of people were seeing my kind of art for the first time. Especially the glass piece. But I think the appeal for most people really has to do with the kind of world I create through my art – part magical and part surreal.” 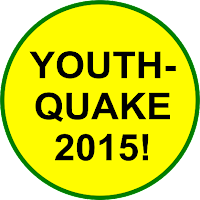 Born and raised in Spanish Town by self-employed parents who encouraged his adventurous spirit, Nattoo attended Friendship Primary and Ardenne High, where he quickly gained fame as “the artist guy.” In fact, it was while at Ardenne that Nattoo discovered the therapeutic benefits of creating art, a vocation that quickly took hold of him; an unshakeable passion. “I remember going through some tough times, and I didn’t know what to do with those feelings. Putting them on paper made me feel better and connected with other people,” he says of those early years.

Before long, he and kindred spirits like Michael Talbot were being invited to display their creations at shows like Speak Easy at Hope Gardens. “Seeing how people responded to the work made me feel good,” he says. “I saw the effect that my work had and I wanted more of those experiences.”

With his big spiky afro and geek-chic spectacles, Nattoo exudes the conscious-cool aura of a chap who’s quietly making a name for himself as a serious artist, while juggling full-time architecture studies at UTech (he’s in his final year) and exploits in music production – under the assumed name DJ Sinister1 (of Lab Workx Records). “You have to make time for what’s important to you. I enjoy all three disciplines and they are the only three disciplines that govern my mind,” he explains. “My aim was to find a way for my architecture to help my art and my music and vice versa, keeping them all in synergy.”

After UTech, Nattoo could go on to collaborate with a cousin on an architecture business, while still challenging himself creatively, honing his skills and refreshing his eye. “I want to get international exposure for my art,” he points out, sounding like a man with a master plan. “I want to do more solo shows, maybe two next year and make what I’ve already done stronger. I’ve realized that doing architecture and art in synergy makes my work stronger.”