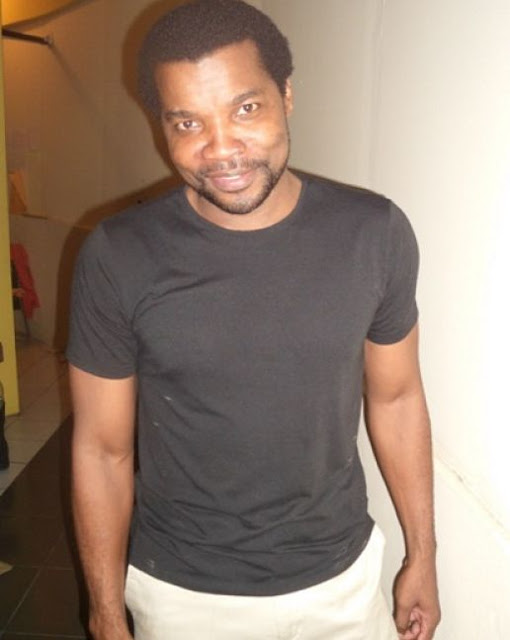 ON HIS MIND: "It’s been an interesting journey," shares the actor, pictured below with costar HoShing.

In between shows at the Little Little Theatre on a balmy Sunday evening, actor Dennis Titus is explaining to TALLAWAH why he became an actor. “I like the idea of people being entertained and people being happy,” he says matter-of-factly. It’s been almost two decades now that the fortysomething Portland native has been entertaining audiences and making people happy, with his wonderful blend of stage presence, emotional intelligence and easy-going masculinity.

Kingston-based theatre lovers first got a glimpse of his abilities, thanks to small parts in laugh-out-loud comedy-dramas like Big Tree, Small Axe (which he co-produced at the Pantry Playhouse a few years ago). But it wasn’t until he started teaming up with the great Oliver Samuels (Boy Blue, Embassy Saga, Dolly House) that Titus got proper notice.

These days, his star is well in its ascendancy, and his tour-de-force showing in Basil Dawkins’ new stage monster Guilt Trip bears ample proof of that. Appearing opposite Samuels yet again, Titus plays Morgan, a brilliant scholar who returns to Jamaica to reunite with his parents (Samuels and Ruth HoShing), but nothing can prepare him for the psychological turmoil he encounters when the subject of his paternal roots zooms into focus. “I personally couldn’t relate to the character, but I know people who can, and I used their experiences as part of my preparation,” the actor reveals.

By his own admission, the role (which sees Morgan being pushed to the brink) is emotionally exhausting. “Very difficult. It’s hard playing it,” Titus admits. “It’s one of those roles where the challenge is absolutely scary because you have to give so much emotionally. It takes a lot out of you.”

Like a trooper, he tackles the demanding character with gusto and to nail it night after night, sometimes twice in one day, is admirable by many standards. For Titus, Morgan represents one of the great triumphs of his 20-odd-year career, and it isn’t hard to see why. “It’s been an interesting journey. As an actor it’s always a joy to go from one production to another,” he says of building a body of work. “Even better is being in rehearsal for one production while another one is still running. It’s always a good feeling.” 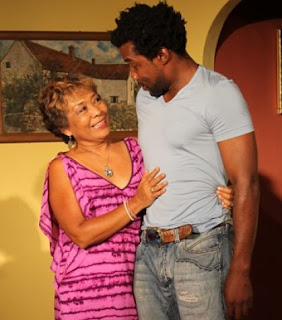 Dennis Titus was born in Port Antonio but hails from Manchioneal, where his hardworking father made life as a mechanical engineer and his mother honed her sewing skills as a seamstress. For the record, he loves the simple pleasures that country life provides. “It’s just such a beautiful place. I still go back there when I need to get away from the hustle and bustle of Kingston,” shares Titus, who attended Happy Grove High before moving on to the Edna Manley College for studies in Drama Education and Theatre Arts.

A decent and likeable guy with an easy laugh, Titus knows how fortunate he is to be a gainfully employed actor in Jamaica today, given the harsh socioeconomic realities. “As an actor sometimes you’re just one show away from being unemployed,” reflects the bachelor and past JCDC Festival medallist, who gets a kick out of being a dad, “but the hope is to be working constantly, and whichever company we work with we try to give our best and 1000 percent. I try not to take anything for granted.”

>> TOP 5: The actor plays favourites as he shares his culture picks


REVIEW: Emotional Guilt Trip take you on a roller-coaster