FRONT AND CENTRE: The 7 Best Moments at Shaggy & Friends 2016 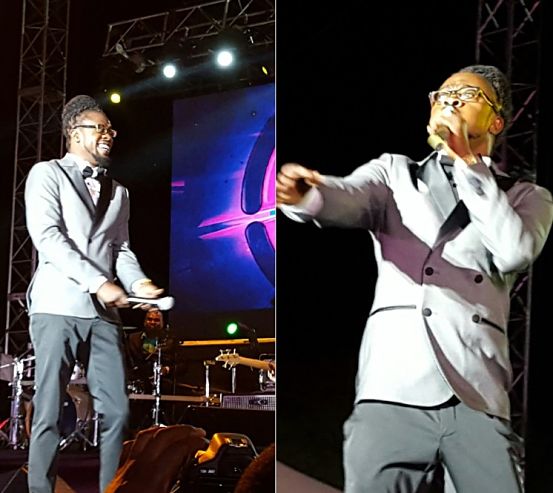 Nelly and Inner Circle couldn’t make it, but that didn’t stop the rest of performers – Mr. Bombastic included – from turning it out on the main-stage at the 2016 instalment of the Shaggy & Friends benefit concert at Jamaica House on Saturday night, giving the people their money’s worth and much more. There were highlights aplenty. Herewith, TALLAWAH’s top seven (in no particular order):

En Vogue’s ‘funky divas’ act
With eargasmic three-part harmonies and supersexy dance routines, this talented trio (Terry, Cindy and Rhona) proved that they haven’t lost an ounce of their 90s R&B magic. Transporting us down memory lane with fan favourites like “Free Your Mind”, “Don’t Let Go” and “Hold On”, the ladies whipped up a savoury performance that did girl groups proud.

Ashanti rocks the boat
“I tell my mother I was supposed to have been born Jamaican because I love the music so much!” the petite songbird confessed to her captivated audience, in between such songs as “Happy,” “Always On Time” and “Foolish” – a performance full of sugar, spice and some tasteful sex appeal.

Kevin Downswell pours on the anointing
Taking the stage at minutes to one in the morning, the gospel ambassador wasted little time invoking the Spirit and putting the crowd in a prayerful, reflective mood. The strains of “If It’s Not You”, “That’s Enough,” ‘Stronger” and other tunes provided a soul-stirring blend.

Sean Kingston makes a surprise appearance
A last-minute addition to the lineup, the young pop/hip-hop heavyweight gave us a high-energy set, anchored by the party-starting appeal of tracks like “Letting Go”, “Call 911” and “Beautiful Girls” – jam-session tracks that still sound fresh after so long.

Omi delivers a rousing homecoming
His manager’s flat refusal to grant interviews to members of the media was a huge turn-off, but his short-and-spicy performance earlier was anything but. Making his first concert appearance on Jamaican soil since dominating global charts, the singer fed the crowd some pulsating grooves as he dived into songs like “Drop in the Ocean”, “Hula Hoop” (with a pair of wire-waisted backup dancers in tow) and, of course, the mega-jam “Cheerleader.”

Up in the air with Flow
One of the night’s most touching moments came when the mobile giants, one of the many presenting sponsors, released a collection of bright blue balloons into the night sky, in loving memory of the nineteen babies who perished at hospital last year. A most fitting and important tribute.

Beenie Man knocks it out of the park
Moses Davis has few peers when it comes to closing a show in fine style. The dancehall legend was his usual charismatic self, delving into his vast catalogue to remind the crowd that he’s still king. And it was just what the doctor ordered – full of vigour, nostalgia and non-stop excitement.