GOOD SPORTS: The 5 Best Moments at the 55th National Sportsman/Sportswoman of the Year Awards

Hundreds of guests (a mix of top athletes, sports administrators and noted public figures), dressed up in their finest threads, packed the Grand Jamaica Suite of the Jamaica Pegasus Hotel in New Kingston on Friday night for the RJR Sports Foundation’s National Sportsman and Sportswoman of the Year Awards – a celebration of the 2015 achievements of our most outstanding sporting personalities in over 28 disciplines spanning track and field and tennis, chess and cricket. The three-hour festivities, engagingly emceed by Dahlia Harris and Neville Bell – had no shortage of highlights. Here are TALLAWAH’s picks for the top 5 moments: 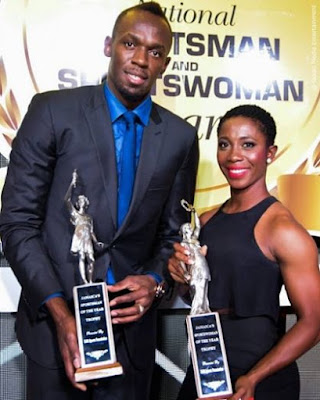 JAMAICAN ICON
Picking up two of the night’s most prestigious honours: the Sportswoman of the Year trophy and the Sagicor Iconic Award, Shelly-Ann Fraser-Pryce proved she can cop the double both on and off the track. “I believe 2015 was the year of great women, and 2016 will be the same,” the pint-sized phenom told the attentive audience in her brief and thoughtful acceptance speech, even hailing her fellow nominees as “all winners.” Fraser-Pryce, whose Pocket Rocket Foundation was busy over the holiday season, was being awarded Sportswoman of the Year for the third time, while past recipients of the Sagicor Iconic Award include Usain Bolt (also pictured), Glen Mills, Don Quarrie and Molly Rhone. 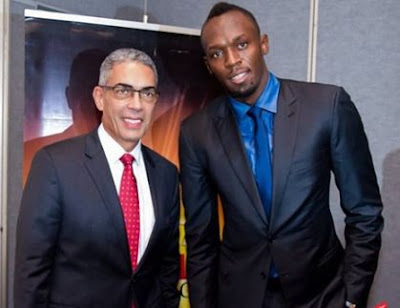 IT SUITS HIM
Promises, promises. The World’s Fastest Man loves to make them, but he consistently delivers especially on the big stage. “This [past] season was probably my roughest season,” the sharply dressed Olympic champ admitted while accepting Sportsman of the Year honours (for the sixth time in his career), cracking jokes and expressing gratitude to the fans and his management staff. Looking ahead to the Diamond League races and this summer’s Rio Olympics, the 29-year-old superstar added, “I promise to do my best and make this [coming season] as smooth as possible.” Though Bolt (seen here with Richard Byles) has six liens on the national Sportsman of the Year title, legendary boxer Michael McCallum still holds the record with seven. 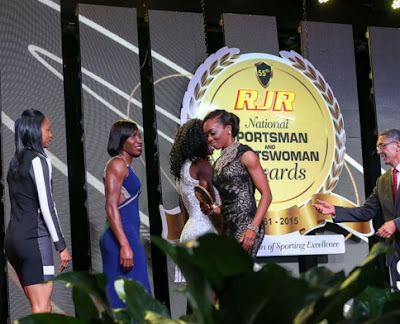 DREAM TEAM
A lot of us expected Alia Atkinson to take home the People’s Choice Performance of the Year award for her dazzling exploits at last year’s FINA Swimming Championships, but we were still satisfied that an equally deserving party got the most votes to secure the win: the Women’s 4 X 400M team that struck gold at the 15th IAAF World Championships in Beijing last summer. Christine Day, Shericka Jackson, Anastacia LeRoy and Chairman’s Award recipient Novlene Williams-Mills were in attendance, cutting stylish figures in eye-catching gowns as they reunited on stage to greet the audience and collect their prizes. 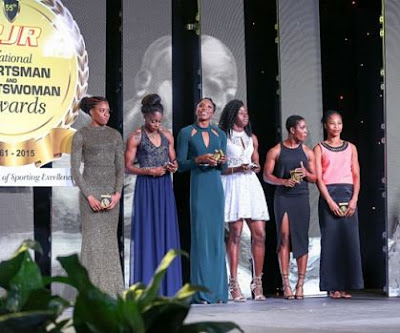 GROUP DYNAMICS
On Friday night, it was not just about individual achievement, and the appearance of the Women’s 4 X 400M ladies was just one of the many teams that came in for special recognition during the ceremony. A whole category was dedicated to outstanding team work, with the likes of the Jamaica Senior Men’s Team (Caribbean Squash Champions), Jamaica Seniors (Caribbean Regional Badminton Champions) and relay teams that excelled at the Commonwealth Youth Games, Pan American Games and Special Olympics, etc, all getting their due. 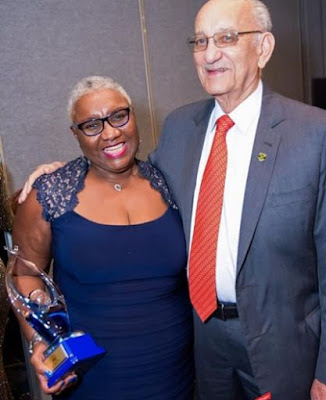 SHE DID THAT
After 10 years of transformative work at the helm of Netball Jamaica, Marva Bernard (pictured above with Mike Fennell) retired from the presidency last November, exiting an association that experienced a wave of unprecedented achievement under her leadership. It was only fitting that she be honoured in a big way by her peers, and presenting her with the Lifetime Achievement Award seemed a most appropriate gesture. Peter Reid made the presentation. Tears and a standing ovation followed.