MAKING NEWS: Reigning journalist of the year Tyrone Reid on the most intriguing stories of 2015 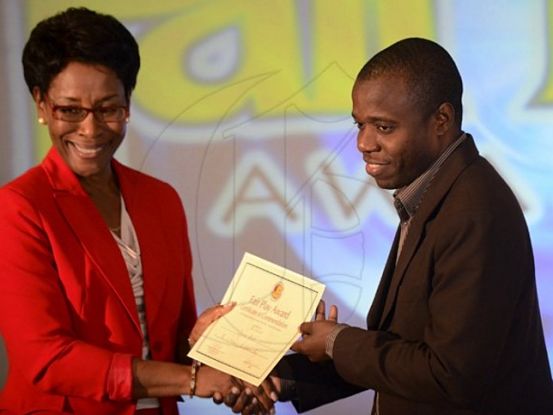 Multi-award-winning reporter Tyrone Reid (a former superstar at The Gleaner now with the CVM family) has a tendency to get the story like no other. That’s one reason why he’s copped so many accolades over the years (including top honours from the Press Association and the Jamaica Broilers’ Fair Play Awards) and has earned the respect of his peers and the trust of his readers and viewers. As TALLAWAH’s Flashback 2015 kicks into high gear, we reached out to the 34-year-old ace journalist (2015’s PAJ Journalist of the Year) to get his point-of-view on some of the past year’s biggest stories:

1. The Dead Babies Scandal
“First, you know our thoughts and our prayers go out to all the parents. It was a terrible situation, involving the apparatus at the hospitals. And up to this point I’m not even sure that all of the mothers are aware of what really happened. But I’m glad it came to light.”

2. The Chik-V Epidemic
“The Chik-V epidemic, as we all know, wasn’t handled very well. Hopefully, we will be able to do much better with the Zika virus.”

3. The Outameni Scandal
“The Outameni Scandal was one for the record books, I think. We live in a country where so many people aren’t able to own a piece of land, and I think that’s why the issue was so upsetting to a lot of people. I am not even sure this issue has been settled yet.”

4. The Tivoli Commission of Enquiry
“Sometimes when I look at the reports from the enquiry or hear news items related to the enquiry, it saddens me. And the manner in which some of the people who gave testimony are treated – that saddens me. And what saddens me even more is the fact that I don’t think anything will come of it.”