MAKING A POET: LKJ riffs on his journey from dub artiste to reggae revolutionary – and back again 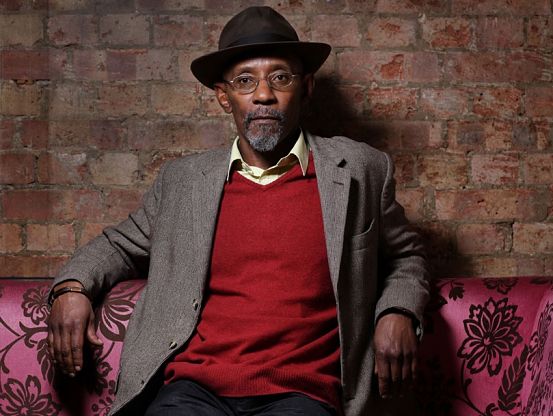 THE MESSENGER: "I didn't see myself as a reggae artiste," admits Johnson, 63, renowned for his brilliant poems.

To understand how and why Linton Kwesi Johnson became a poet and revolutionary is to take a trip down memory lane and start at the very beginning. It’s a journey that references everything and everyone from Brixton and W.E.B DuBois to Andrew Salkey and the captivating power of reggae. A journey encompassing several decades, quite a few continents and at least one instance of police brutality. All that and more came to light during Johnson’s “Reggae Talk” inside UWI Mona’s Neville Hall Lecture Theatre on Tuesday evening, for a presentation dubbed “Reggae by Accident.” The title speaks volumes of how LKJ became the man he became.

Linton Johnson was born and raised in Chapelton, Clarendon, but he moved to London in 1963 as a young chap, and his life would never be the same. Though a stranger in a strange land, it was while living in England that he discovered his calling. He became a member of the Black Panthers, devouring “Black consciousness” literature, including a copy of DuBois’s seminal The Souls of Black Folk, which changed the way he read a book. “It stirred something in me,” Johnson recalls.

But he never abandoned his roots. Over time, he developed a taste for Caribbean works. The British publishing house Beacon Books, he said, exposed him to a wide variety of titles, and soon writers like Andrew Salkey became sources of inspiration. He also read Langston Hughes and other African-American voices, he listened to the blues, jazz and Count Bassie’s Groundation album, and binged on reggae. He listened to so much reggae that “I wanted to turn Rasta, but I couldn’t embrace the whole ‘Haile Selassie is God’ idea.”

Then he had an epiphany. “After being exposed to so much African-American poetry, blues poetry and British poetry, I said to myself, ‘I want to write reggae poetry.’” His first attempt came in 1972, coinciding with a vicious beating he got from the Brixton police for writing down their information after witnessing them having an altercation with another party. Add to that the British climate of socio-economic hardships, segregation and victimization, which largely inspired his first book Voices of the Living and the Dead. He was anxious to get it published, but it was rejected by many publishers.

But he remained undaunted, and it eventually got published in 1974. One poem stands out from that era, the self-explanatory “5 Nights of Bleeding.” Dread, Beat and Blood, his second volume of poetry (Salkey helped him get it published), “became an instant success and I made my name off that book.”

Salkey was not the only trooper LKJ had in his corner. He got a lot of encouragement from playwright Yvonne Brewster, “a pat on the back” from Sam Selvon, and the list goes on. “It gave me enormous confidence to get the nod from people I had tremendous respect for,” the poet recalls. 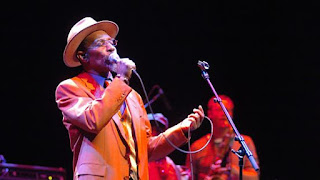 Bigger things were on the way and, by 1975 – at the plum age of 25 – he did his first dub recording. And that’s when things really began to take off. “Because I was developing this reputation as poet in the UK, I was approached by a filmmaker who wanted to make a documentary about me,” Johnson remembers. It eventually aired on the BBC to rave reviews.


Johnson also remembers that it was around this time he first met Bob Marley. LKJ was working as a librarian in North London and Bob was in town to shoot scenes for his “Is This Love?” video. They were introduced and “I gave him a copy of Dread, Beat and Blood.”

By this time, the name Linton Kwesi Johnson had gone global and he started getting invitations to do concerts and other performances from all over Europe. His gigs in France and Germany were particularly memorable. “The money sweet mi,” he admits, laughing.

Then the big man came calling. He signed a deal with Chris Blackwell’s Island Records to make two albums – Forces of Victory and Bass Culture. “They did so well that Blackwell eventually offered me a six-album deal and I said no. And you should have seen his face,” Johnson remembers. “I didn’t see myself as a reggae artiste.” But he eventually caved in and did a couple more albums for Blackwell: LKJ in Dub and Making History.

Then he had another epiphany: why not start his own record label? And that’s how LKJ Records was born in 1981. “But it didn’t take off until around the end of the 1980s, early ’90s,” he says. Johnson’s first release on LKJ Records was the Jamaican Mikey Smith’s popular “Mi Can’t Believe It.” And it just goes to show that though he spent so many years away from the island, LKJ still identified as Jamaican. Even his speaking voice, decades later, heartily suggests upper Clarendon. 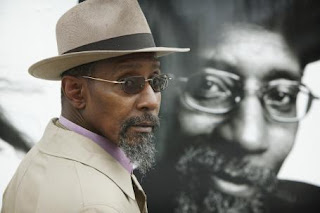 Johnson remembers coming back to Jamaica, circa the mid-1970s, to do some research. As an artiste, he was relatively unknown by the masses. It was Mervyn Morris who introduced him to the likes of Oku Onuora, Mikey Smith and others – then students at the Jamaica School of Drama, who were leading the revolutionary dub poetry movement. When Johnson first heard them he was pleasantly stunned. “I instantly felt some validity to know that what I was doing back in England was being done by others here in Jamaica,” he says.

Around that same time, he remembers, he performed for a tough crowd as the opening act for Peter Tosh at a Kingston venue – an experience he calls “a baptism of fire” but he came out “relatively unscathed.”

As the years went by and he morphed into an international sensation, LKJ became convinced it would soon be time to hang up the mic. “I retired because I still felt that reggae was not the thing for me,” the icon says now. Besides, as a family man and a businessman, there were other things he wanted to do. LKJ, who is seldom seen without his top hat and spectacles, says he lives with no regrets. At least once per year, he flies in from England to spend time with his mother in Montego Bay.

By his own admission, if he could do it all over again, he probably wouldn’t change a thing. “I am very grateful for reggae music,” he says. “Ah reggae put mi weh mi deh.”