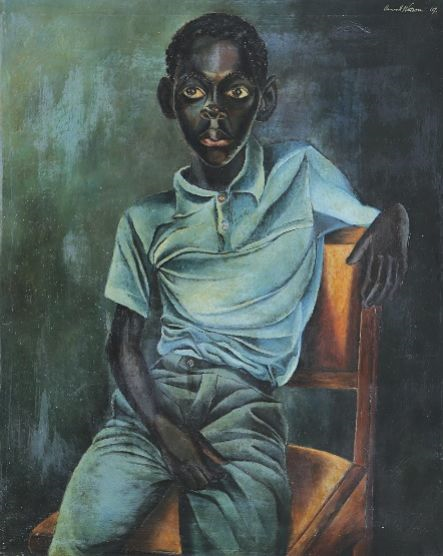 COOL FACTOR: Osmond Watson's "Johnny Cool" and Wade Rhoden's "The Calling" (below) are featured works in the exhibition.

Jamaican manhood has always been a source of fascination – from the prowess of our athletic superstars taking the world by storm to the rent-a-dreads patrolling Negril’s white sandy beaches.

Over the decades, our visual artists have made no bones about exploring the myriad facets of masculinity in their work, and the National Gallery’s latest blockbuster exhibition – Explorations IV: Masculinities – is a brilliantly conceived and engrossing compendium of Jamaican manhood in all its guises, as seen through the lens of the art world. Full of vivid representations that affirm certain truths while confronting and shattering certain stereotypes, the showcase gets two big thumbs up.

Split into six categories, Explorations IV juxtaposes works by such masters as Osmond Watson, Chris Gonzalez and Edna Manley with pieces by such new-generation standouts as Ebony Patterson, Greg Bailey and Philip Thomas. It’s an extravagant bounty of artistic riches in a plethora of media (sculptures, oils, mixed media, banner prints, video installations) that speaks to depth of focus and visual power.

Here is Barrington Watson’s idyllic masterpiece “Fishing Village (1996) sharing space with Alvin Marriott’s “Banana Man” from 1955 in a room dedicated to the theme of ‘The Athlete and the Worker’. Several feet away, we encounter Gonzalez’s arresting mahogany carving “Man Arisen” (1966) as part of the “Male Body as Icon” series.

The likes of National Hero Paul Bogle, Ras Dizzy, a slew of dancehall heavyhitters and the Hon. Michael Manley are all given their due in a series saluting Jamaican power and status. Meanwhile, Kapo’s dark and mysterious mahogany rendering “Trouble Not” (1964) and Bailey’s visceral painting “Recruits” are highlights among the “Fathers, Brothers and Sons” pieces. 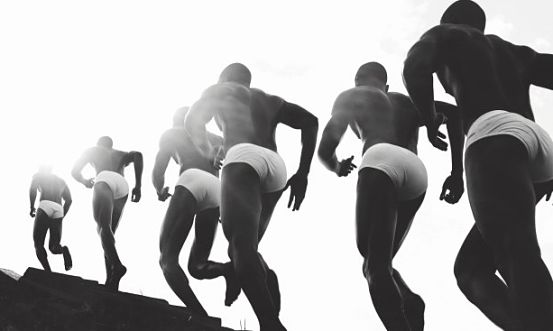 But the most unforgettable entries are to be found in the mini galleries dedicated to the evolution of “Style and Fashion” and “Sexual Bodies,” where the scandalous, the dangerous and the risqué come together. Bold young talents like Patterson, Marlon James (“Vogue”), Marvin Bartley (“Tragedy of Zong”) and Philip Thomas (“Nuh Mix Di Original”) all deliver attention-grabbing work that speaks to attitudes towards sexual liberation, taboos and societal hypocrisy and, of course, homophobia. By all appearances, these are artists intent on speaking their minds and their haunting messages ring loud and clear.

The idea of the Exploration series is simply a brilliant one, allowing the diligent staff at the gallery to create shows like Masculinities, which are built around a singular theme spawning several motifs. The result is a comprehensive showcase that takes on a life of its own. And that’s precisely how we feel about Explorations IV: Masculinities, a richly diverse art show full of style, substance and spectacle.

> Masculinities is on view at the National Gallery through March 2016