PAST, PRESENT, FUTURE: A Letter from the Editor 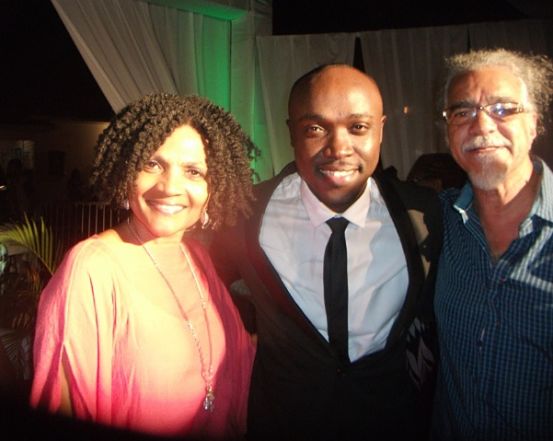 As always, the January edition of TALLAWAH Magazine presents ample opportunity for reflection on the just-concluded year and a chance to voice anticipation of the bounty that’s to come – and where we are heading triumphantly as a nation.

This time of year also brings our annual salute to those brilliant individuals – the newsmakers and headliners – who helped to make the past year a memorable one. And who’s more worthy of big-up in this regard than first-time cover model Kevin Downswell, whose sensational transformation from your regular gospel hitmaker to megastar minister seemed to unfold in record time?

As you will read in our “Entertainer of the Year” profile, even Kevin himself is having a hard time finding the words to describe the banner year he’s had. But he knows without a shadow of a doubt what he wants to do next, and that includes releasing his second book and another album in the very near future. These are projects well underway, and we can’t wait to see (and hear) what he delivers. Rest assured you’ll read all about it in TALLAWAH!

As we bid farewell to Monsignor Richard Albert (“The Measure of a Man”) and welcome the new and improved Marion ‘Lady Saw’ Hall (“Seen the Light”), we are reminded of the timeless adage that the only thing that’s constant around us is change.

You sense it in the theatre landscape (this season’s crop of show is undoubtedly the best we’ve witnessed in recent years) and you certainly can’t deny that our political landscape is practically defined by it.

As we speak, the keenly awaited General Elections loom large on the horizon, and constituencies like North East St. Elizabeth and East Rural St. Andrew remain embroiled in controversy. You get the feeling that anything can happen. But, as ever, we hope for the best.

And perhaps that’s the ideal way to approach the coming months, whether you’re a politician eyeing a seat in Gordon House or a creative soul like Kevin Downswell plotting your next move, while challenging yourself to unleash something impactful and inspiringly new.