RAYS OF HOPE: Prayer Breakfast committee comes to the aid of Trench Town-based home for the elderly 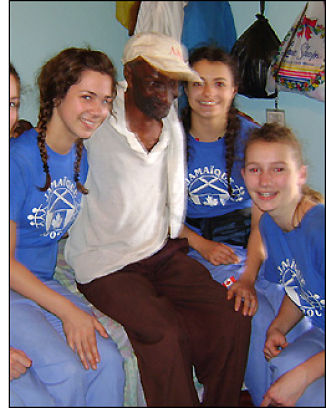 Every year the National Leadership Prayer Breakfast (NLPB) organizing committee takes on an outreach project that they support through funds raised at the annual event. This year, all the proceeds will benefit the Eira Schrader Home for the Aged, a down-on-its-luck residential facility for homeless senior citizens located in the Federal Gardens, Trench Town.

Named after the Swiss native who established the home back in October 1986, the home is capable of accommodating close to 25 residents, but due to the deterioration of the facility, it’s now limited to less than 10 persons, ranging in age from 70 to 85 years.

The project was brought to the attention of the NLPB committee following a commitment given by the Errol Rattray Evangelistic Association (EREA) and 12 churches that participated in a seven-month operation in Trench Town, culminating in an evangelistic crusade. With the support of the Trench Town Ministers Fraternal they have decided to throw their full support behind this worthy cause – a home (catering to a handful of the nation’s most vulnerable citizens) that has fallen on hard times.

Rev. Dr. Peter Garth, a long-standing committee member has seen first-hand the pitiful state of the facilities at the Eira Schrader Home. “When I went there and visited the residents, I was immediately broken because I saw the need. When you go and see the persons who are there it will break your heart, to see how badly run-down the place is,” Dr. Garth, also a Justice of the Peace and a key figure with the Associated Gospel Assemblies, tells TALLAWAH. “There is no question that the [elderly] persons there are very malnourished, and so we have also sought to get medical attention for them. There is a long list of persons who [want to be accommodated] but they can’t take in anybody else because of the limited resources.”

Schrader, the Good Samaritan who started the facility could maintain it for only five years. Since 1991, that task has fallen to community hero Lloyd Ferguson, who has been supervising and maintaining operations out of his own pocket, with aid from the Bob Marley Foundation (small salaries for two staff members), the Jamaica Red Cross (one square meal Mondays-Fridays) and the Rose Town Christian Church (cooking gas).

Mr. Ferguson could not be reached for comment, but Dr. Garth hails him as a stalwart fighting the good fight. “[He] has done very well for the residents. In fact, he’s one of the persons who physically helped to build that place, and when you see how badly run-down it is, it’s really a shame,” Dr. Garth points out.

The funds collected during Thursday’s prayer breakfast will be used to cover the costs of repairs and refurbishing and other necessities. Corporate entities have been invited to offer their support, and Dr. Garth says the response so far has been encouraging. “We are hoping that these elderly persons will be able to at least enjoy a certain level of dignity as they live out their final years,” the prominent pastor reflects. “It’s a small project but sometimes bigness isn’t always power. Our hope is that the home will get the support that it needs.”