SUPER GIRL: Rhodes Scholar Sherona Forrester on hard work, lessons learnt, and having the time of her life 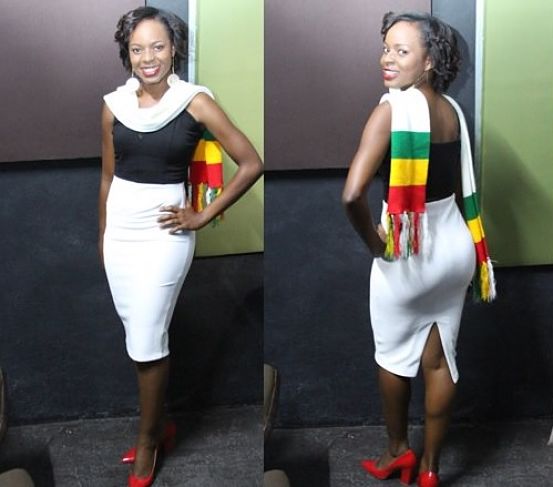 ALL ANGLES: "I realized from early that sense of leadership as a call on my life," shares the 24-year-old, pictured below with Governor-General Sir Patrick Allen and Terri-Karelle Reid.

Sherona Forrester hails from cool, quiet Mineral Heights, situated on the outskirts of May Pen, the Clarendon capital. “That’s where I lived for most of my life, and it was just a fun place to grow up. It’s the kind of community where everybody calls to everybody, and if you didn’t say howdy-do, when you got home you might get a beating,” she remembers, obviously tickled by the memories. “So I’m a little country girl who is very respectful and have a lot of manners, and that foundation has a lot to do with the person I am today.”

Forrester has been on quite a journey since those formative years. As we all know by now, the 24-year-old Glenmuir High alumna is Jamaica’s current Rhodes Scholar, a Reggae Girlz standout, an overall sports buff, and a UWI Mona-trained economist. A terrific role model for young Jamaicans, a tomboy at heart, not to mention a great conversation companion, Forrester (who heads to Oxford University in September to do a Masters in Econ) epitomizes brainy-cool. TALLAWAH had a gabfest with her following Thursday morning’s National Leadership Prayer Breakfast at the Jamaica Pegasus Hotel. Here are excerpts from our conversation:

TALLAWAH: What does it mean to be the Rhodes Scholar of Jamaica?
Sherona Forrester: It’s really about being an ambassador and a role model because to whom much is given, much is expected. So I have to set a very good example for the young people to follow. So far, so good. It has opened many doors; it has opened my eyes to the fact that there is need for a lot more role models in Jamaica. And I am striving to continue to be a positive impact on Jamaicans.

TALLAWAH: Was it always a goal of yours to become this kind of ambassador for your country?
S.F.: In some ways, yes. From my early days in church, I would stand out, and I was deputy head girl at my primary school [Mineral Heights Primary] and I was head girl at Glenmuir High. And then at UWI I captained several of my sports teams. So I realized from early that sense of leadership as a call on my life. And in the long run my ultimate goal is to become a philanthropist. 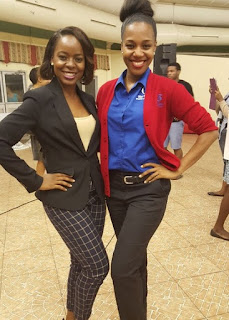 TALLAWAH: You’ve accomplished so much in sports and academics since your coming-of-age years at the widely acclaimed Glenmuir High. What is it about that Clarendon-based school that it continues to produce so many champions and legends?
S.F.: One thing is the interest that the teachers put into the students. School ends at three and some of them don’t leave ’til six o’clock every day. So they are investing in us and they help to mould us to believe in ourselves and to do our very best. Also, the school’s motto says, ‘Flagrans Veritatis Studio’ – Burning with the Zeal for Truth’ and that really drives us. And, finally, we believe in holistic development, so you are encouraged that it’s not enough to be bright, to just do well in school. You are also to participate in another activity. And when you participate in that activity you’re to do well and not to the detriment of your school work. So people tend to do well in all areas of life.

TALLAWAH: Apart from landing the prestigious Rhodes scholarship to Oxford University, what do you consider your greatest achievement?
S.F.: So far, it’s representing my country at the highest level in football, with the Reggae Girlz last year on our quest to qualify for the World Cup. That has probably been my greatest feat, aside from, of course, becoming the Rhodes Scholar.

TALLAWAH: Speaking of sports, did the whole Chris Gayle/‘Blushgate’ episode take you by surprise?
S.F.: (Laughs). It was a bit surprising. That’s all I have to say.

TALLAWAH: Ultimately, what kind of contribution do you want to make nationally?
S.F.: Nationally, I want to have a foundation that focusses on females in sports. My foundation will be geared towards the youth because I realize that with investment, the rewards can be great. So I plan to invest heavily in the development of the youths, especially mentally, so that, not just in sports, they will excel in all areas of life. 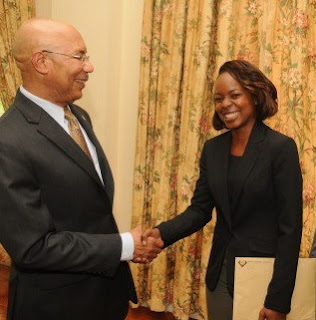 TALLAWAH: What’s your advice for young Jamaicans who have ambitions of one day ascending to your level?
S.F.: If you want good, yuh nose haffi run. You have to set a plan, you have to work towards it. So if your plan is to get to X, if [factors] in your life won’t get you to that point you have to let them go. You need people who are positive around you to help you get to where you’re going, and negativity just kills that spirit of thriving and moving forward. And you have to know that that comes with discipline, determination and hard work.

>> TOP 5: Forrester plays favourites as she shares her culture picks

MOVIES: My favourite movie is In Time. It’s a movie where time is money, and I’m very cognizant of that fact.
BOOKS: I’m not much of reader but growing up I loved books about geography and animals.
FOOD: I love bread, run-down and toto.
MUSICIANS: I like John Legend. I like inspiring music.
MENTORS: My high school teacher who became my music teacher and mother, Mrs. Doreen O’Connor, stands out. She really took me under her wing. And also Cedella Marley. Her investment [in the Reggae Girlz] made me so much better, in terms of my athletic ability and being exposed to greater resources, travelling and experiencing various levels of expertise.