THE MAIN EVENT: Why Shaggy & Friends remains Jamaica’s ultimate party with a purpose 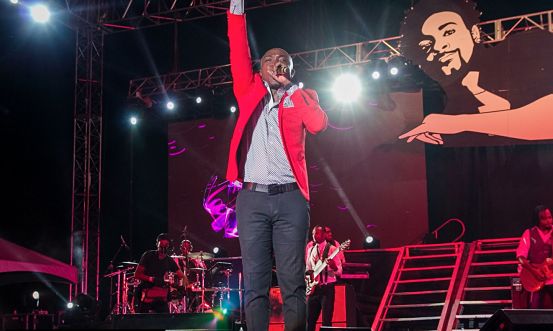 Since its inaugural staging in January 2009, the Shaggy & Friends mega-concert has distinguished itself as the premier charity-and-live music showcase in Jamaica and, by all accounts, it still holds that distinction.

“I think that this event, spearheaded by Shaggy, has done a tremendous job raising funds for the Bustamante Hospital and saving the lives of Jamaican children. It speaks volumes of what can be achieved with vision and proper planning,” says parliamentarian Olivia ‘Babsy’ Grange, who was among the dozens of public figures and iconic Jamaicans who joined the massive throng on the lawns of Jamaica House on Saturday for the 2016 instalment, a huge success. “I think it also shows the interest that Shaggy has in the future of our children.”

As it turns out, Grange, opposition spokesman on culture, has a special connection to the event. “I am happy that I was a part of the vision when the first one was about to be held and Jamaica House was made available,” she recalls. “So I want to encourage the team to continue to mobilize the industry in support of this worthy cause, and I want to urge corporate Jamaica to show even more support.”

Veteran entertainers like Nadine Sutherland, who ignited the main stage on Saturday, say they needed little prodding from the organizers to come on board. “It’s a great charity and a sincere cause to raise funds for the country’s sick children,” Sutherland told TALLAWAH after her performance. “As artistes, we always need opportunities to give back and this is a great way.”

For Bugle, accepting the invitation from Solid Agency’s Sharon Burke was a no-brainer. “When she called and asked me, I didn’t hesitate,” he told the audience during a pause in his lively set. “This isn’t just for the kids; it’s for the whole of Jamaica.”

“Shaggy & Friends is special in many ways. It’s still the best party in Kingston,” said Shaggy, who customarily opened the show with a selection of crowd-pleasing hits from his vast catalogue, alongside Rayvon and Tony Gold. Perfectly summing up the mission behind the event, he later told the enthusiastic patrons, “You didn’t buy a ticket for a concert; you donated to a cause.”