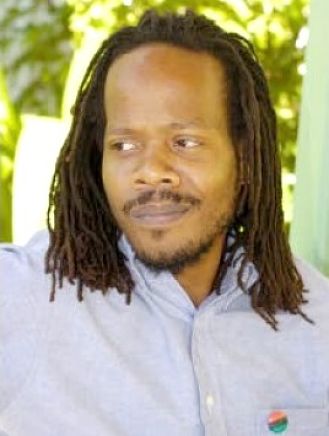 POWER TO THE PEOPLE: "I say the Black man must strive toward empire, like the Nkrumahs and the Haile Selassies," comments Golding. (Below) Garvey in his prime.

The Marcus Garvey Movement at the University of the West Indies (Mona) recently hosted a few noted public figures to give empowering talks centred on business, identity and self-actualization. What played out was an afternoon session full of insight and rousing commentary on the socio-economic status quo in Jamaica and on the global scene. Steven Golding, President of the 102-year-old Universal Negro Improvement Association (UNIA) – famously established by Garvey – was among the speakers giving the college kids food for thought. Following the presentations, TALLAWAH chatted with the outspoken educator, activist and social critic:

TALLAWAH: How do you make the UNIA relevant to modern society?
Steven Golding: It is relevant, and I’m tired of that question. Marcus Garvey asked, ‘Where is the Black man’s navy, where is his army? We cannot find them so I will help create them.’ We still need collective effort to bring up the Black race. And as long as those issues exist, there is need for a racial improvement association among Black people and to guarantee our economic security and survival.

TALLAWAH: In your talk earlier, you mentioned “the dangers of Negroes who live on the good will of philanthropists” and the perils of being used and abused…
Steven Golding: Garvey wrote a lot about that. In his Philosophy and Opinions, he said Negroes have been used by philanthropists for their own agenda, and he was of course speaking against the backdrop of the communist movement trying to make inroads with Black people. But he was also speaking of people like W.E.B. DuBois and the NAACP, which was founded by White people. So Garvey was warning you of that.

TALLAWAH: Which of Garvey’s teaching is most relevant to today’s Jamaica?
Steven Golding: All of them. Garvey was about self-reliance. He was a Black imperialist. And that’s another word people are afraid of ‘imperialism.’ I’m not afraid of it. I say the Black man must strive toward empire, like the Nkrumahs and the Haile Selassies. That’s where we come from. And be powerful like a pyramid – strong at the base, pointed at the top. That’s our legacy, and we shouldn’t run from it or hide from it.

TALLAWAH: What plans and projects are in the works to grow the UNIA in 2016 and beyond?
Steven Golding: Every year we host the UNIA/Marcus Garvey Awards. We took a break last year after doing it for seven consecutive years, and it comes back this year at a new location to be announced. It’s held on Garvey’s birthday, August 17. But coming up for Black History Month, we have a couple of things. We have an event at Cross Keys High, for which we are bringing down the chief of the Iroquois Nation. Every Sunday in February, we’ll be doing the Marcus Garvey Black Market at the Small Business Association, located at 2 Trafalgar Road, which is a heritage site. And on the first Sunday of every month we have our monthly mass meetings for people to come and find out more about the organization and become members.

TALLAWAH: Which Jamaican, living or dead, deserves to be made a National Hero?
Steven Golding: Leonard Percival Howell should be made a National Hero. There are others but he’s at the top of my list. Do you know of any other religion, besides Rastafari, that has come out of a country this size? What is the biggest religion to come out of the 20th century bigger than Rastafari? This country and one of our countrymen gave birth to a religion. He’s right up there next to Moses, and he’s not a National Hero in this country? There are no statues to him, his name is not on a building, no books about him in schools. You know why that is? Because as Black people, we’re under a psychology of ‘self-loathing’, so we don’t recognize anything of worth produced by ourselves until the world takes it up. Do you also know who Joel Augustus Rogers is? Those are two Jamaicans who should be made heroes or some statue or something given to them.