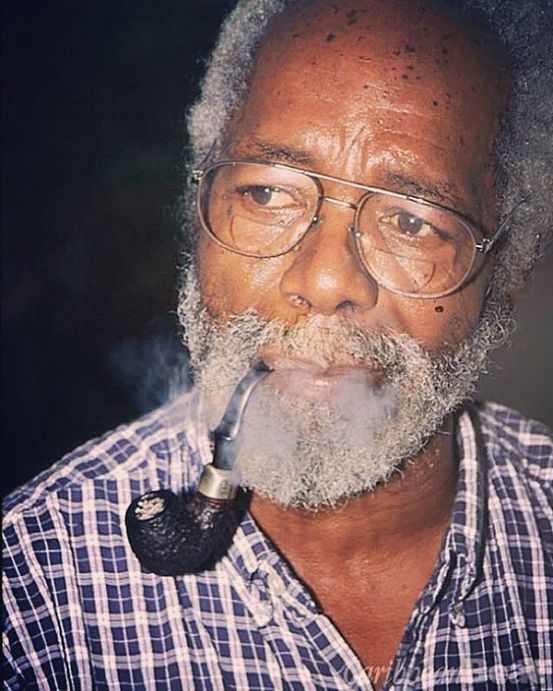 On Saturday, February 6, before the commencement of the thanksgiving service to celebrate the life and work of painter and cultural icon Professor Basil Barrington Watson, the swelling congregation was treated to a collage of video presentations featuring Watson being honoured by various organizations, including the Old Boys’ Association of his alma mater Kingston College. In case you didn’t know, Watson and his four brothers all attended Kingston College at the same time (in the 1940s and 50s), and it is still considered a KC record – having five siblings from the same family enrolled at the institution all at the same time.

In one of the video clips (highlights from a 1996 awards dinner), all five brothers (Barrington, Leighton, Melvin, Edward and Donald) are reunited, drawing a standing ovation from the audience.

Melvin, the fourth-born son of the quintet – and the only surviving one to attend Saturday’s memorial – recalled numerous similar occasions as he paid tribute to his dearly departed brother. Though all five brothers evolved into accomplished and upstanding citizens of the world, Barrington was always the supernova in the family: a creative genius who went on to do pioneering work in the art world, even though their father Vivian firmly opposed his vision of pursuing art. “From the time he could a pencil he was drawing,” recalled Melvin Watson, who now resides in Maryland, USA. “My father said, ‘You will become an artist over my dead body.’ And we all know how that turned out.”

Barrington’s good friend Paul Matalon said he was “iconic to say the least” – a man whose artistic exploits sought to make the world a more human place. Culture minister Lisa Hanna, whose eloquent tribute started off the morning’s proceedings, hailed the painter as “a pioneering cultural icon” whose magnificent works (especially his uncanny interpretations of the female form) carry presence and impact. 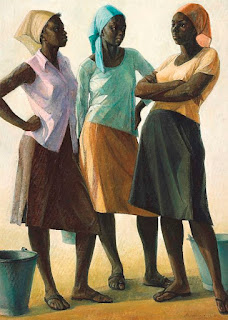 But it was avid art collector and friend of the late artist, William ‘Bill’ Clarke who painted the most vivid portrait of Watson, delivering a eulogy that traced his formative years to his time in England at the Royal College of Art to the body of work he created (including such masterpieces as Mother and Child and Conversation) to the family he adored that must now carry on the legacy. (A legacy that includes the famed Orange Park Great House in St. Thomas, which served as his haven, his studio and his sanctuary for much of his creative life.

Above all, what seemed to most profoundly shape the man that Barrington Watson (the second-born of the five brothers) became was the influence of the people who raised him, especially his father. “I always thought my father was a very wise man,” Watson says in one of the video clips, sporting a strong suit, his signature pair of glasses and puffy gray hair. “In my family, the most important thing we learned was to give something back to society, to the world.”