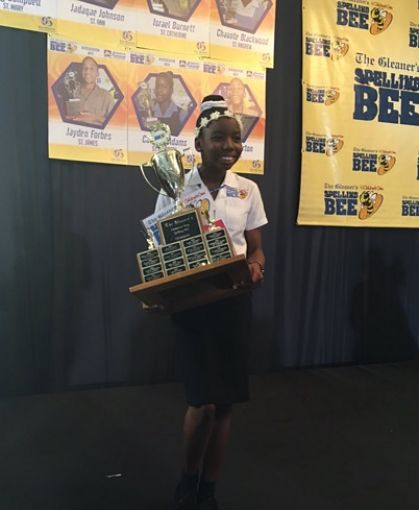 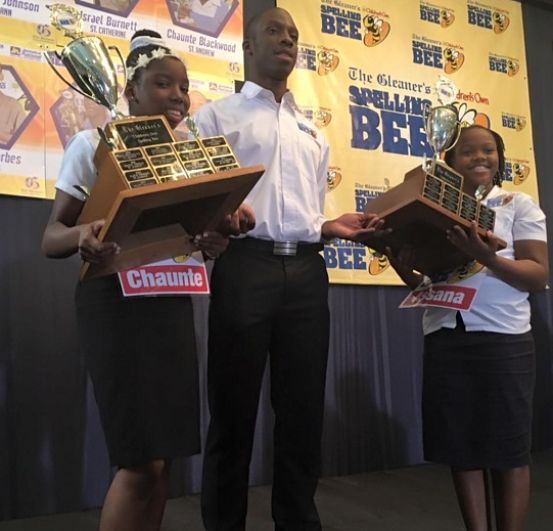 “Spelling is what I do. It’s what I love. It’s my bread and butter,” 12-year-old Chaunté Blackwood tells TALLAWAH moments after hoisting the Gleaner/Children’s Own Spelling Bee Championship trophy inside the Jamaica Pegasus’ Rio Grande Suite, as the curtains came down on the 2016 leg of the national competition on Wednesday afternoon. “I’m elated. I’m excited. And I’m exhausted. I just want to go to my room and sleep,” she added, laughing.

On Wednesday, the hard worker (making her third appearance at the National Finals) did more than just bag the top prize. In addition to being crowned the All-Island Champion, the Ardenne High freshman was named Surrey Champion and winner of the Comprehension challenge.

Her prize package, as expected, was quite hefty. Alongside the Gleaner trophy, she was presented with the RJR Challenge trophy (and $25,000). The Jamaica Pegasus will host her and some relatives for an entire weekend. For earning the top score in Comprehension, Blackwood received a gift voucher from Sanger’s Bookstores, and she also took home a special certificate as Champion Girl.

Ojae Beckford was named Champion Boy. This year’s runners-up were also rewarded for their valiant efforts. Second-place went to Assana Thompson while the third-place finisher was Jaydene Johnson.

Blackwood’s coach, 18-year-old Hanif Brown, is a former national champion currently gearing up for CAPE exams at Ardenne. “I’m satisfied with the result,” he reports. “We worked hard and got what we worked for. We set out to be the best in the competition, and we did just that.” Brown (a protégé of the late Rev. Glen Archer), who won the championship back in 2011, also coached Thompson to second place.

Meanwhile, Blackwood, who expressed gratitude to her Ardenne family (with a special shout-out to her #BeeSpellers team), is already looking ahead to representing Jamaica at the Scripps Howard Championship in the United States in May. “I just want to do my best,” says the future paediatric neurosurgeon, who favours Social Studies and Science, “and if it’s God’s will then I will also win that championship.”