ON THE RECORD: Tesfa Edwards and crew set to heat up the Kingston stage in He Said, She Said 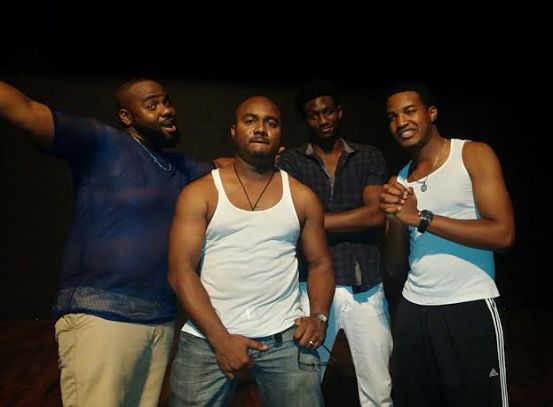 Tesfa Edwards has sex on the mind these days. In less than a week, he and his costars will take to the Courtleigh Auditorium stage to present the some-like-it-hot revue He Said, She Said (Ellis International), series of skits laced with humour, gender/relationship dynamics and all kinds of grown-folks business – the kind of hot stuff sure to provoke thought and stir debate. The 36-year-old veteran actor (Bedroom Farce, House Arrest, Her Last Cry), who prides himself on taking an open-minded approach to sexual politics, spoke with TALLAWAH about why the show is a must-see, handling disappointments, and witnessing his career come full circle.

TALLAWAH: How come we don’t see more of these plays on the local scene?
Tesfa Edwards: I think people are afraid of dealing with these topics. The original title for the show was Too Much Sex, and actors were afraid of coming on board. People are afraid to push the button; they don’t want to offend anybody. So I think Blakka Ellis is a brave man for doing this show.

TALLAWAH: Who’s the character you’re playing in He Said, She Said?
Tesfa Edwards: I play several different characters, and I’m also the stage manager for the show. So I’m an active stage manager.

TALLAWAH: What do you hope Jamaican theatregoers take away from the experience of seeing the production?
Tesfa Edwards: I’m hoping that after seeing the show they will be a bit more open. Too many Jamaicans are afraid of expressing themselves sexually. Even some of my castmates were afraid of doing certain things in the show; they are still inside that box. So hopefully when [audiences] see the show, especially the women, they will feel more self-assured.

TALLAWAH: What’s next for your longtime crew, the Independent Actors’ Movement?
Tesfa Edwards: We are 13 years old now. For the past few years we have been doing the Anancy Chaptaz series, so that should be coming back this summer. That’s our main focus right now. Last year we did a season of Run Di Track on TV, and we might do another season because persons have been asking for more.

TALLAWAH: When you reflect on your acting career, your journey to this point, what goes through your mind?
Tesfa Edwards: It’s like I was telling Scarlett [Beharie] the other day, doing this show I feel like my career has come full circle. In 2006, I first got to work with Ellis International for a production called One Night of Sunshine, with Rosie Murray, Deon Silvera and Bello Bell, and I was the only unknown in the cast. I was still in my 20s then. And now exactly ten years later, I’m working with Ellis International again. And I think this is their first major production since then. So I feel like I’ve come full circle as an actor. I’m happy about my career; I can’t complain. I enjoy being in the theatre, whether I’m on the stage or working backstage.

> He Said, She Said opens at the Courtleigh Auditorium, New Kingston, on Friday, March 4.