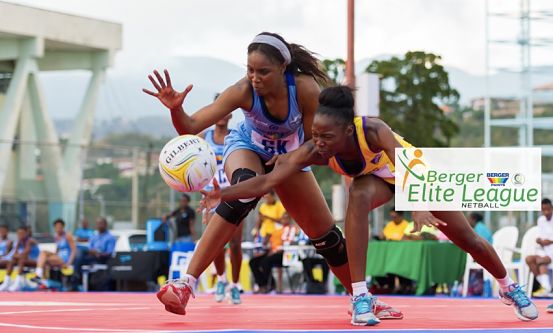 IN IT TO WIN IT: Major plans are afoot to revolutionize the sport in Jamaica, starting with the leagues.

One of the biggest changes coming soon to local netball is the expansion of Netball Jamaica’s league competitions to include more parishes across the island. At present, and this has been the case for years, the set of leagues run by the association only serves the needs of players in Kingston, St. Andrew and St. Catherine. But with a new NJ executive at the helm all that’s about to change.

“Deep introspection over a number of years have resulted in a decision to change this practice and expand our remit as a national body,” the association makes clear in Volume 1 Issue 1 of its Netball Focus 2016 brochure, which primarily outlines their plans to expand the reach of their league products. “Over the last 2-3 years, we formed parish associations in preparation for the islandwide spread of the club leagues. We believe that the islandwide club leagues promise to increase opportunities for talent recruitment and scouting.”

The long-term results, Netball Jamaica is convinced, will transcend the game itself. “We truly believe that this development will have positive social impact on communities across Jamaica. We feel that increased involvement in organized netball competitions may serve to reduce incidents of deviant behaviours (gang violence, teenage pregnancies) among at-risk youth,” the association says. “These leagues will also create additional employment opportunities for some Jamaicans, recreation and a source of entertainment for others.”

Consider this breakdown of the revised national competition structure – which includes a parish-level major league, intermediate league and junior league; a county knockout league; a national championship; and an elite league. The top two teams from the parish associations will qualify to play in the County Knockout League (January-March 2017), which will be contested in all three counties – Cornwall, Middlesex and Surrey. The top two teams from each county will qualify to play in the National Champions League (March-May 2017). At the end of these leagues, the top 100 players will be entered into a semi-professional draft pool, and 72 players from this pool will earn contracts to compete in Netball Jamaica’s Elite League (August-January).

According to NJ President, Paula Daley-Morris, about 10 parish associations have already signaled their intention to participate. “We will find the funding,” Daley-Morris tells TALLAWAH, “and they will run the leagues.”

Overall, the association remains hopeful that these developments will go a far way in aiding their quest to rise to the top of the rankings at the world level. “These changes will definitely have huge implications for sponsorship and will require renegotiation of all our league products,” the association says. “But we are confident that this is the best route to becoming the top netball nation in the world.”