THE EVOLVER: After 15 years of making hits, Agent Sasco rides a wave of personal and professional transformation 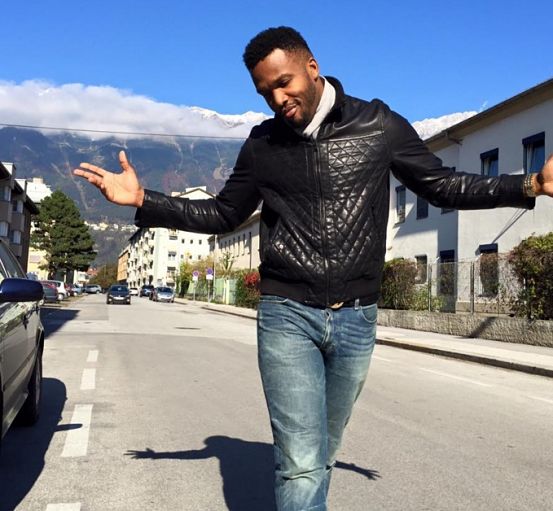 MAKING WAVES: “I want to inspire people with my music. I want to be more than entertainment,” says the 33-year-old star.

As he gears up for the release of his highly anticipated album, The Theory of Reggaetivity, the trailblazing entertainer and young veteran opens up to TALLAWAH readers about his artistic growth, why the future of dancehall is hard to predict, how fatherhood has changed him, and more.

“I still feel like a young artiste,” Agent Sasco declares midway our interview at the Knutsford Court Hotel in Kingston on a picture-perfect Wednesday afternoon. We are here to discuss his curiously titled upcoming album, The Theory of Reggaetivity (due out Feb. 19) but, of course, the conversation veers from subject to random subject as the ace deejay – a man who’s been doing his thing in the industry for well over a decade now – reflects on the journey that’s brought him this far and is poised to take him to higher heights.

To be exact, it’s been 15 years that Jeffrey Campbell (aka Assassin, aka Agent Sasco) has been making hits on the local dancehall scene, and he’s seen the best and worst of the fickle industry. So he knows what he’s talking about when he notes that the future of Jamaican dancehall remains unpredictable. “It’s a dynamic business that I think is growing exponentially, but dancehall is hard to study, so you can’t predict what’s going to happen in the next five, ten years. You have to just watch and see and play your role,” he observes. “In the 15 years that I’ve been in dancehall, I’ve seen the music go through several different changes, and there’s more to come.”

What Agent Sasco is too modest to admit out loud is that a lot of those changes, particularly the industry’s intensified kinship with the hip-hop mainstream, have provided a boon for his own career. For one thing, consider his headline-making collaborations with the likes of Kanye West, Kendrick Lamar and J. Cole and endorsements from esteemed publications like Fader magazine.

Yes, dancehall ain’t dead. Far from it. If anything, it’s taking on intriguing new dimensions. Even so, Sasco has his concerns about its future. “With all these changes taking place, you can only hope that the music continues to grow positively. There will always be the few negative elements, you can’t avoid that, but hopefully we’ll still have enough people to balance the scales by taking the music seriously,” says the 33-year-old entertainer, who appeared on one of the most buzzed-about singles of 2015 – “Fade Away” – alongside Romain Virgo. “The best thing for the music right now is for the artistes to approach it with more integrity and professionalism.”

By all appearances, Agent Sasco is at that point in his career when most artistes are mapping out a raise-the-stakes kinda game plan. In his own words, he’s satisfied with his success, but there’s no time to rest on his laurels or even think about getting complacent. There’s always room for improvement. “Having worked with artistes like Kanye and Kendrick, it was a great opportunity for me to represent my craft in a slightly different market and have others experience it. But I still need to improve if I’m going to reach the level of people like Stitchie and Professor Nuts, who I admired growing up,” he says. “I want to inspire people with my music. I want to be more than entertainment. I like when people come up to me and say how certain songs helped them go through certain things. That makes me feel like I’m doing something worthwhile.”

That’s why his new album, The Theory of Reggaetivity (with its heavy conscious reggae content) might seem to represent a creative departure for him. But it’s a calculated move. “I wanted to do more reggae-based tracks this time around,” the deejay admits. The best part? There’s something on the album for everyone – fans old and new. And while the songs on the disc are all his children, he’s not afraid to play favourites. “I have a song called “Stronger,” which is one of my favourites. There’s another one called “Feel Irie,” which Protoje worked on,” he says. “Reggae Origins” also features contributions from Protoje; “Crazy” gets a cameo from emerging Australian songstress Elisha, while “Slaves No More” is a collaboration with Chronixx. Among the tracks that listeners are already familiar with are “Country Bus” and “Day In, Day Out.”

To say the least, the Jeffrey Campbell seated here, just outside the lobby of the Knutsford Court Hotel (sporting a black Assassin t-shirt, military pants, caps and shades) is a more serious and earnest version of the artiste that we have ever seen. A week later, when I phone up his road manager, Rodney Wiggan, to discuss his evolution, Wiggan unequivocally agrees. “He’s grown a lot, especially in terms of his work ethic,” Wiggan tells TALLAWAH. “He tends to shy away from the passa-passa side of the business, and I think that keeps him focused. Jeffrey favours reggae a lot more now, but I wouldn’t say he has drifted away from dancehall.”

Agent Sasco is the proud father of three kids (a 10-year-old, a four-year-old and a son, who just turned three). “Being a dad doesn’t come with a manual or a handbook, so it’s challenging,” he jokes. “You have your work cut out for you, but I challenge myself to be the best father possible. There might be certain characteristics that you don’t want you children to pick up, so you have to keep yourself in check.” A couple of weeks ago, Campbell and his lovely wife, Nicole, celebrated their fifth wedding anniversary. On the subject of marriage, he quips, “You get out of it, what you put into it.”

But there’s no denying that fatherhood has changed him. “Personally, I can be miserable and impatient,” he confesses. “So I’ve had to learn to be more patient. That’s something I had to work on.”

What becomes clear by the time we wrap our interview an hour later is that Agent Sasco strives to maintain that all-important balance as he straddles the worlds of music and family life. He says he finds great wisdom in Jamaican proverbs and cherishes the legacy of his dearly departed mother, who helped him understand the timeless import of gratitude and being a man of principle. “She taught me to give thanks no matter what,” he remembers. “You can find ten million things to complain about, but you have to learn to exercise an attitude of gratitude.”

So on this cool, not-a-cloud-in-the-sky January afternoon, what is Agent Sasco most grateful for? “The simple things,” he says without missing a beat. “Having kids and success gives you an appreciation for life and helps you put things into perspective, and I find contentment in that.” All things considered, Mr. Campbell – trendsetting artiste, family man, evolver – not only feels like a young artiste these days, he’s quite happy and fulfilled, too.

> PART 2: The ace deejay sits in the TALLAWAH hot seat