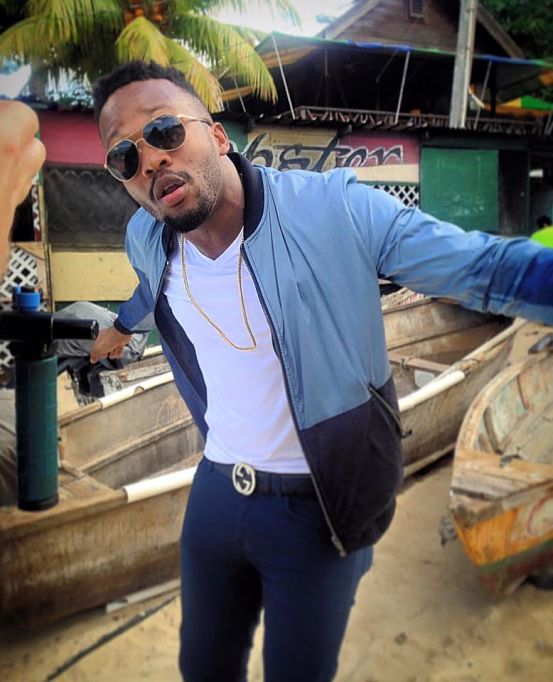 STAR QUALITY: The top-flight deejay releases his latest album, The Theory of Reggaetivity, this month.

In Part 2 of our February cover exclusive with recording artiste and ace deejay Jeffrey ‘Agent Sasco’ Campbell, he tells us about some of his favourite things – and shares his thoughts on everything from legacy and success to iconic Jamaicans and what inspires him.

What is your most prized possession? “A Bible my mother signed for me in the last two weeks that she was alive?

What special talent do you wish you had? “Ronaldinho-type football skills.”

What’s the first thing you do in the morning? “It’s not the same thing every morning. On tour, you get up and check the time to see if you overslept. Hum to test the vocal chords. Hold a meditation.”

What do you want your legacy to be? “I want to maximize my potential and let my legacy be whatever that is. It’s my most constant goal.”

Which Jamaican, living or dead, deserves to be made a National Hero? “It must be the cliché of the year to say Bob Marley, but in travelling the world and seeing the impact he has had, it amazes me. And until Usain Bolt came along, nobody ever came close to that.” Is there a Biblical character you identify with? “Not to any great extent.”

Whose careers have you always wanted to emulate? “I’ve been on the road with Buju [Banton], and I’ve seen the best of both worlds – reggae and dancehall – in him. And I think that’s admirable.”

Who could play you in the movie of your life? “I don’t know, but I don’t think it would be too hard to play me.”

How do you define success? “Success is relative to your potential. So the aim should always be to maximize your potential. Real success is doing what you love and making an impact with it.”

Which Jamaican celebrity’s reality show would you tune in to watch? “It would be cool to go back in time and observe Bob Marley; to see what inspired a great man like that.”

What’s the best Jamaican movie you’ve ever seen? “I was in Shottas, and it’s one of the better ones. But The Harder they Come and Smile Orange and Dancehall Queen are in my best five.”

What’s your favourite Bob Marley tune? “I like the simplicity of ‘One Love’ and the message.”

What’s the most memorable book you’ve ever read? “Green Days by the River (Michael Anthony) and Angela’s Ashes (Frank McCourt)”

Looking back on your ‘Girls Gone Wild’ video, what comes to mind? “I was around 19, an average teenager having fun. That’s what life was about; holding a pool-party vibe and having fun.”

What do you consider your greatest achievement? “To have people come up to me and say my music inspired them or got them through certain times in their life.”

> PART 1: The artiste on his new album, fatherhood, and more