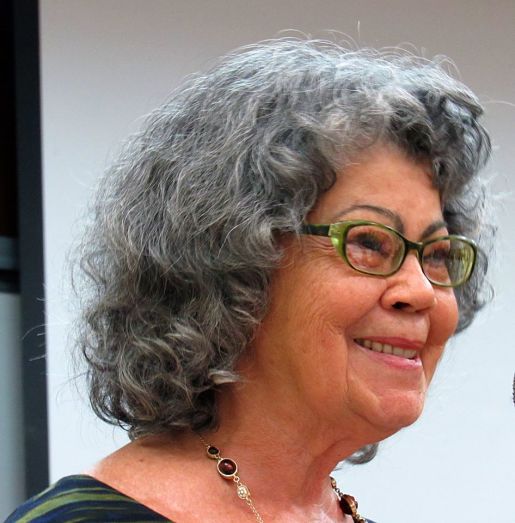 C'EST LA VIE: "At my age, the only complaint I have is lack of time," says Senior, pictured below with Mervyn Morris at her book launch at UWI on Thursday.

Well into her 70s, author Olive Senior is on a roll and shows no sign of slowing down. According to critics and readers, her latest release – the story collection, The Pain Tree – is a solid addition to a body of work that encompasses poetry, fiction and non-fiction. By her own admission, Senior is well on her way to book number 20, but don’t expect her to play the numbers game. “I don’t deal in numbers. I just deal with the next book,” she tells TALLAWAH, without missing a beat. “And the next book I’m working on is a young adult novel, and then we’ll see after that.”

Testament to its appeal, The Pain Tree (published by Cormorant Books) recently earned a nomination for the OCM Bocas Prize for Caribbean Literature. “I’m very pleased,” says Senior, who topped the non-fiction category a year ago for her exhaustive narrative feat Dying to Better Themselves (UWI Press), published to mark the centenary of the construction of the Panama Canal. “Winning again would be great. I love the whole Bocas Festival, the atmosphere, and the idea of the awards and so on. So I’m very pleased to be nominated again.”

One person who thinks The Pain Tree, a collection of 10 stories, could walk away with the prestigious award is distinguished UWI lecturer Dr. Anthea Morrison, who has read the book and found it equally powerful and pleasurable – quintessential Senior: solidly written and laced with insight that rewards the reader over and over again. “It’s a rich volume [populated] by complex people who we think we know,” reports Morrison, who delivered the keynote address at last Thursday’s launch at the UWI Mona Campus. “It’s testimony to the creativity and wit of Jamaicans and indeed Jamaican speech – from a pioneering practitioner.”

What’s more, Morrison emphasizes, the book continues Senior’s fascination with documenting rural Jamaican life and drawing attention to the resilience of ordinary Jamaicans, whom she consistently valorizes. “The Pain Tree reflects the breadth of Senior’s concerns as storyteller and historian, evoking even the West Indian experience of the Second World War,” notes Morrison, who singled out pieces like “Lollipop,” “The Country Cousin,” “Flying” and “The Goodness of My Heart” for special mention. “[The book] delivers the voice of a writer passionate to document the Jamaican way of life.”

One can tell that Senior is equally passionate about telling stories rooted in fiction and in non-fiction. The author, who teaches creative writing to seniors “who have a book in them” in her adopted Canada, moves with relative ease between the two forms in her creative life. As The Pain Tree lands in bookstores (and she begins crafting that YA feature), Senior says she is never out of ideas for future non-fiction projects. 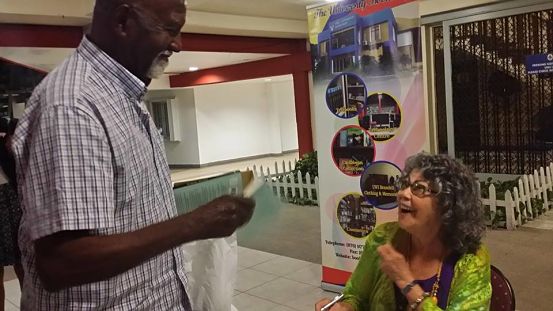 “I always have a lot of ideas that I don’t necessarily want to talk about. But my next big non-fiction project is to revise my Encyclopaedia of Jamaican Heritage,” reveals the author, a past winner of the Commonwealth Writers Prize and recipient of the Gold Musgrave Medal from the Institute of Jamaica. “It’s been out for a while, and some of it, not a lot, needs to be updated. And so I think before I tackle anything else that is what I’m going to work on.”

So what does it mean to be Olive Senior these days? A woman in full leading a full life. “At my age, the only complaint I have is lack of time. I don’t have time to do all the things I want to do,” she tells TALLAWAH. “I’m very fortunate, and I give thanks everyday to be where I’m at.”