BOOK OF THE MOMENT: A solid new essay collection recalls the revolutionary work of Leonard Howell 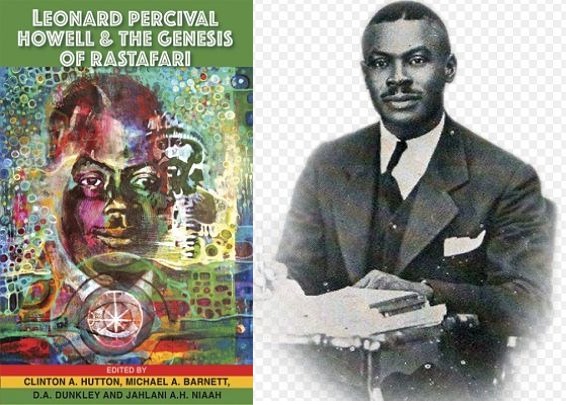 CHAPTERS OF HIS LIFE: The UWI Press publication interprets the life and times and teachings of the Rastafari movement's enigmatic founder.

Like Marcus Garvey and his Garveyites, loyal followers of Leonard Howell are referred to as Howellites, and they were out in their numbers at Monday’s launch of Leonard Percival Howell and the Genesis of Rastafari, an authoritative new volume of essays from the UWI Press.

The book, edited by UWI Mona-based lecturers Dr. Clinton Hutton, Dr. Michael Barnett, D.A. Dunkley and Jahlani Niaah, got a rousing reception at the Undercroft (Mona Camps), before a flock of devoted Rastafarians from all over the island, noted scholars, cultural activists, and college students.

With writing richly documented from the archives, and including rare interviews, the text takes a multi-disciplinary approach in presenting a comprehensive series of articles all exploring the life and times and teachings of this enigmatic founder of the Rastafari movement in Jamaica – a leader who, because of his courage as a “revolutionary” was the target of harassment from the authorities in his day.

“Leonard Howell was persecuted over five decades by the British colonial state and by Jamaican governments since Independence in 1962. It is in this context that he defined the main tenets of the [Rastafari] movement, a movement that has now spread globally,” explains Professor Emeritus Rupert Lewis, who endorses the book, which also discusses the major themes of Howell’s thinking – not least among them African redemption, repatriation, the struggle for freedom ad self-reliance and the all-important role of Haile Selassie.

“The contributors to this volume,” the noted academic says, “have found the language and concepts by which to interpret Leonard Howell and the origins of the Rastafari movement in the 1930s.”

While Hutton echoes Rex Nettleford’s belief that “All of us have Rasta in us,” for Lewis, Howell’s most laudable achievement is the creation of an alternative way of being in the world, while calling attention to the Motherland. “Howell challenged British colonialism and Jamaican elites in a very different way from the approaches used by the middle-class intelligentsia,” Lewis insists. “Developing Garvey’s focus on Africa, [he] and his followers reclaimed their ancestral identity from the dehumanized condition left by British slavery and colonialism.”

At Monday’s successful launch, the UWI Press made book presentations to the Jamaica Library Service, the National Library, the main libraries of UWI Mona and UTech and Monty Howell, among others. The launch was a collaborative effort that teamed up the UWI Press with the university’s Department of Sociology, Psychology and Social Work, the Department of Government, the Office of the Principal, and the Rastafari Studies Centre.