CRITIC’S NOTEBOOK: Will Basil Dawkins’ Reggaemento ever make it to mainstage? 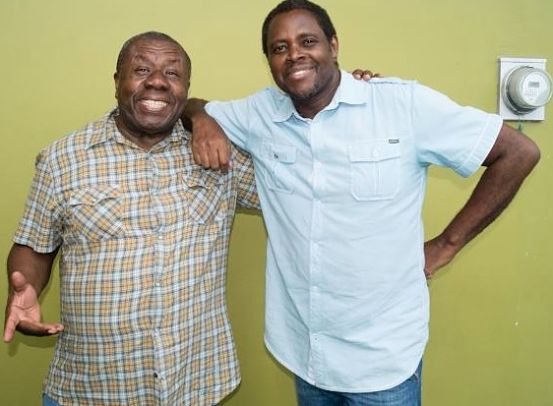 Nothing is more frustrating to a playwright than having written a masterpiece but lacking the resources to get it off the ground. Basil Dawkins knows that feeling. A few years ago he was commissioned to pen a song-and-dance production to coincide with the government’s development of Falmouth as a tourist hub.

Responding to the exciting challenge, Dawkins wrote Reggaemento, the book of a musical that chronicles a young Jamaican man’s social awakening. But some five years on, the play is yet to grace centrestage. “It’s a large-scale musical like a Broadway production. It’s written and put down because I am unable to produce it. It wants a cast of about 70-odd actors, singers and dancers,” the playwright tells TALLAWAH one evening at the Little Little Theatre, where his latest domestic drama, Guilt Trip, is playing to sold-out audiences.

The idea, Dawkins explains, is for Reggaemento to encompass all genres of Jamaican music from the days of Columbus to now. “As the title suggests, it’s a Jamaican musical, so the idea was not to create any new music but to use existing and appropriate Jamaican songs and rhythms and dances from over the years to now,” he says.

Meanwhile, the absence of a theatre space that can house a production of such an enormous scale, the playwright explains, is yet another obstacle. “I don’t have a venue that can run a musical like that for an extended period. It’s really written for a theatre that has the facilities to mount a world-class production. And if I don’t get it at that level, it doesn’t make sense,” he says. “So anybody who wants it, I’d be open to having a discussion with them.”

You heard the man. Basil Dawkins can be reached via email at basil.dawkins@gmail.com. 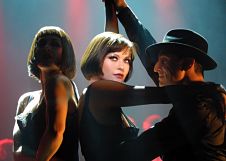 > THAT’S THE SPIRIT: Two big thumbs up to Sandals Ocho Rios on the success of their razzle-dazzle feast “Celebrating Broadway,” which we hear is a bring-the-house-down crowd-pleaser fusing selections from Chicago, Moulin Rouge and Burlesque, and performed by a cast of 20. The hotel’s guests can’t get enough. “The response has really been awesome,” reports Entertainment Division Manager, Garrett Bailey. “They are even talking about it on Trip Advisor.”