ON HIS MIND: Chris Gayle on charity, his upcoming book Six Machine, and how to be successful like him 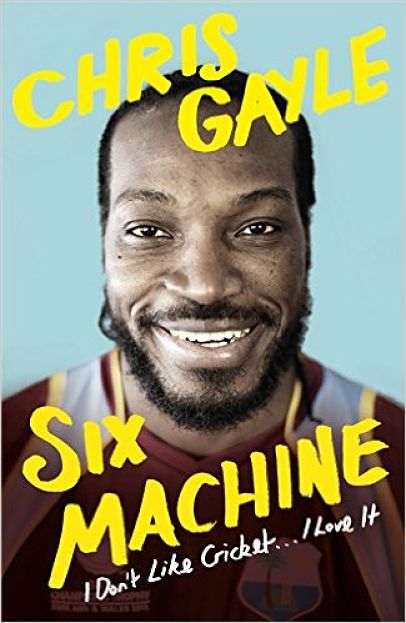 WHY IS THIS MAN SMILING? Gayle adorns the cover of his hotly anticipated memoir, which goes on sale in June.

Except for his continued headline-making batting prowess on the international stage with his Windies teammates, we haven’t heard much from superstar sportsman Chris Gayle since ‘Blushgate’ became the scandal that ate the world.

But we knew it was only a matter of time before Chris grabbed the mic again to give us some more memorable quotables. Sure enough, in a recent interview, carried by the CMC, Gayle fielded questions about his evolving career and philanthropic exploits, including his generous contribution of US$20,000 towards the medical bills of ailing Jamaican teenager Lee-Anna Walker.

By his own admission, Gayle’s charity work has been largely done outside the glare of the public spotlight. “I have never thought about it, but I’ve done a lot of charity stuff,” he says. “Most people haven’t really seen that side of me or highlight it as much, but one day I will share it, and you can read about it in my [autobiography] to get more insight.”

This “thrilling” autobiography, Six Machine: I Don't Like Cricket, I Love It, is due out in June via Viking Publishers. “You will love it,” he promises readers. “The world will love it.”

Meanwhile, when it comes to being the high achiever that he is on and off the field of play, Gayle makes it clear that mediocrity and complacency have no place in his orbit. “When you get an opportunity to be the best at something, you should try and do it for a long as possible. That’s how I go about my life,” the record-setting batsman confesses. “You don’t know what to expect, so you definitely got to do the right thing and have some good fun. Sometimes you tend to be uptight about life. It’s all about being free and expressing yourself.”

He adds, “You can’t live to please people. Regardless of what you do, you will never please everyone.”