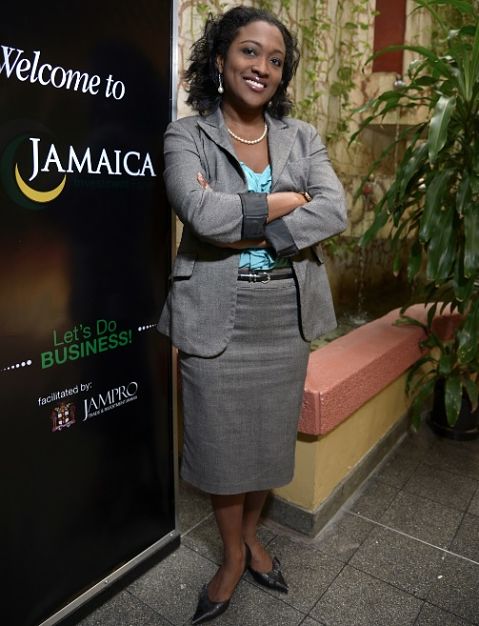 POWER PLAYER: “I am meant to be a game-changer, and I’m really hoping to be that game-changer for the industry and Jamaica’s film practitioners.”

For Renee Robinson, any list of the best Jamaican films ever made must include Better Mus’ Come, Storm Saulter’s riotous riff on political tribalism and harsh socio-economic realities. “I really value the work that Storm did on that film, and considering that he made it with next to nothing makes it even more remarkable,” says Robinson. “That’s a film Jamaicans should be prouder of. We are not as proud of Better Mus’ Come as we should be.”

In her role as Jamaica’s film commissioner, Robinson is in a position to help bring more of these ambitious projects to the big screen – with the overarching aim of raising the profile of Jamaica’s film industry in the international marketplace. But before we can reach that magical chapter, there are a few housekeeping matters that need urgent attention. And that’s where Robinson’s mandate comes in.

There are three major items she wants to tackle: the establishment of a film fund, the drafting of co-production treaties and the implementation of production incentives. “I want to be remembered as the film commissioner who finally brought production incentives to Jamaica. If I can do that, I will feel that I have succeeded in this role,” she says bluntly. “Most countries offer some form of a scheme to filmmakers. What we are proposing are fiscal and non-fiscal incentives, which will have more long-term benefits.”

As for the long-awaited film fund, it’s still at the pre-development stage, but Robinson waxes optimistic that it will finally emerge before year-end. “Jampro had submitted a proposal to the government years ago for the fund to be established, so now it is being re-presented to the new administration to create a source of financing for local practitioners,” she says. “The structure is still being negotiated, but I’m hoping it will be able to sustain and advance the work that we want to do.”

In a second-floor conference room at Jampro headquarters on a warm Tuesday afternoon, Robinson has this reporter in her thrall as she speaks with vigour and passion about her vision. Having been away from the island for almost a decade, it’s like she’s seeing everything through fresh eyes. “I like the fact that [this job] is an opportunity to represent the country internationally. This is my area of expertise, so I do want to make an impact,” she tells me. “I am meant to be a game-changer, and I’m really hoping to be that game-changer for the industry and Jamaica’s film practitioners….. I’m not daunted. This is my dream job. It’s a big undertaking, but this is my field, and I have my strategies worked out.”

Though a daughter of Stony Hill in St. Andrew, Robinson spent her early years in countries all over the world. Her well-known diplomat father Lincoln Robinson worked for the United Nations, and so they young Renee and her clan enjoyed life as an expatriate family, finding a new home in whatever country Dad was stationed. But she did get to experience our local education system, when she enrolled at Campion College before heading off to North America’s Williams College in 1998 to read for her Art History and Art Studio degree.

A trained artist, Robinson took part in small school exhibitions and worked for an architecture firm ahead of landing a post at the New York-based Museum of Modern Art (MoMA). “I do miss art,” admits the film buff, who returned to Jamaica to work with the JCDC for a few years before Toronto (where she did her Master’s) beckoned.

Robinson’s biggest break in the film world to date came when she served as lead industry programmer for the Toronto International Film Festival (TIFF), which gave her access to executives at such big studios as Warner Bros. and Disney. A posting in Italy soon followed. To say the least, you can’t buy that kind of on-the-job experience. So you’re inclined to agree with her when, assessing the task at hand, she says, “I understand how it needs to go.”

At her core, Renee Robinson is a highly driven career woman with the impressive accomplishments to back up the supreme confidence she has in her abilities to turn things around. She looks the part, too. Today she is a headturner in a breezy black-and-white top, a pink blazer and dark pants, pearls and a pair of chic sunglasses nestled in her thick wavy hair.

She won’t reveal her age, but she beams like a schoolgirl when talking about her scuba-diving exploits in Belize, her devotion to yoga and being fluent in Italian and French.

She wants to start a family of her own someday, but giving this new job her all is priority number one. “I’m hopeful. It’s nice to see that there are rising opportunities for Jamaica. I’ve been gone for eight years and a lot has changed. But I think people can be hopeful about the next chapter for Jamaica,” she insists. “I like the fact that there have been growth spurts her and there, so now the mission is to advance the work to transform Jamaica into an international film destination.”


“I want to be remembered as the film commissioner who finally brought production incentives to Jamaica.”