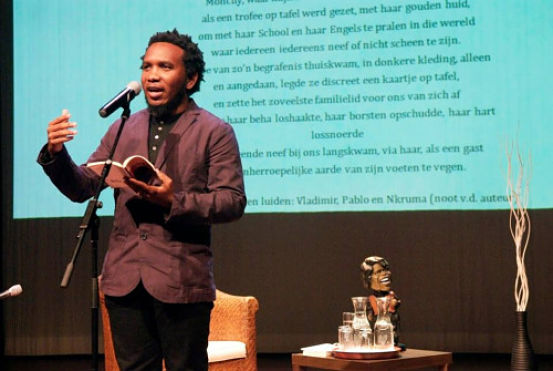 WELL VERSED: "I think poetry is about challenging certain issues and situations," shares the award-winning scribe.

Vladimir Lucien has visited territories all over the Caribbean, but he’s never set foot on Jamaican soil. What better way for the prize-winning St. Lucian poet to make his Jamrock debut than with a writer-in-residency at the UWI Mona Campus (this semester) and an appearance at the Calabash Literary Festival in Treasure Beach (in May)? In addition to being a poet, Lucien, whose work exudes the bare-bones honesty and knowingness of a creative soul twice his 27 years, is a screenwriter, journalist and critic. His list of awards include a Small Axe poetry prize and a 2015 OCM Bocas Prize for Sounding Ground (Peepal Tree Press), his debut anthology. Here, the avid traveler talks to TALLAWAH about his upcoming trip to Berlin, his first impressions of Jamaica, and the real Derek Walcott.

TALLAWAH: Does being UWI’s latest writer-in-residence bring back any memories of your teaching years back home in St. Lucia?
Vladimir Lucien: It’s a bit of a different beat, because I’m now teaching creative writing and teaching literature is quite different from that. To teach people to write is great.

TALLAWAH: What are you hoping to achieve by the end of your tenure?
Vladimir Lucien: I’m hoping to get the students that I have (I have about 15, which is a lot) to achieve their potential, by prodding them in the right direction. You can’t tell people how to perform their genius but you can prod them and give them guidelines.

TALLAWAH: Someone once famously asked, ‘What is poetry for?’ As an award-winning writer, how do you respond to such a question?
Vladimir Lucien: I think that question is answered differently by everybody who is asked that question. For me, I think poetry is about challenging certain issues and situations. It already deals with language in a particular way that can be subversive and evolutionary. And I think that is what turned me on to poetry.

TALLAWAH: Speaking of your award-winning work, have you started crafting a follow-up to Sounding Ground?
Vladimir Lucien: A follow-up yes, but not necessarily poetry. I am writing poetry though, and doing some translations into my native language. And I am working on a kind of aesthetic memoir. I am not putting a deadline on it, but I’ve started it and I’m well into it.

TALLAWAH: That’s something to look forward to. This year’s Calabash Festival is also well anticipated. Will this be your debut appearance at the Treasure Beach fest?
Vladimir Lucien: It’s gonna be my first time at Calabash – both reading and attending. I’ve heard a lot about Calabash, and Kwame [Dawes] is a friend. I’ve been following Calabash for a long time, so I’m very much looking forward to it. It has the reputation. It’s pretty much the premier literary event in the Caribbean. It’s the one I haven’t been to, and I’ve been to a lot of festivals in the region. 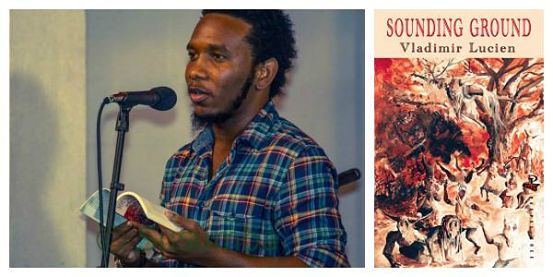 TALLAWAH: And this is your first trip to Jamaica?
Vladimir Lucien: It is my first time in Jamaica. I’ve spent a lot of time in the Eastern side of the region. So as soon as I got here, I started to notice some of the idiosyncrasies of the society that are slightly different from the rest of the Caribbean. So it’s both a new experience and an emanating one.

TALLAWAH: Tell us a bit about growing up in St. Lucia.
Vladimir Lucien: I think it’s a place of a lot of dramas – drama of language, drama of class. My dad actually wrote. He’s retired now. And my mom was a teacher. They’re both retired now.

TALLAWAH: Is it true that your native Nobel Laureate Derek Walcott is an uptight person?
Vladimir Lucien: (Laughs). No, he’s not uptight. He’s himself, meaning he has his ways like everybody else, and he’s not going to pretend that he’s not that way. He has been generous to me, not so much in terms of writing poetry, but he’s always been cordial and so on.

TALLAWAH: What are your plans for the rest of the year, following this writer-in-residence stint?
Vladimir Lucien: I’m heading over to Berlin for an exhibition on African Diaspora religion, and to read some of my poems on the Caribbean, as well as from what I am currently writing. It’s a pretty nice lineup; Maryse Condé will also be there. And then I’m gonna come back to St. Lucia, and then I have to go back to Berlin. But that’s not been finalized yet.

TALLAWAH: You’re 27 years old now, going on 28 this month. Besides the obvious, how has life been treating you?
Vladimir Lucien: I am satisfied with how it’s going. I’m married with two kids and I’ve put out my first collection. So I’m good for now. Looking forward to what the future will bring.