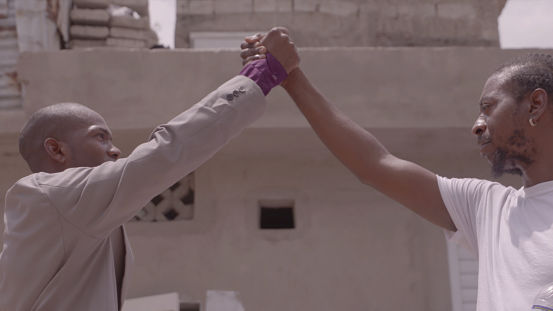 UNITY IS STRENGTH: A scene from Everblessed, on view at the National Gallery.

Nile Saulter and Storm Saulter are a pair of filmmaking brothers who don’t mind collaborating on each other’s projects. Up next: Sprinter, Storm’s well-anticipated follow-up to the modern classic Better Mus’ Come, which won critical huzzahs from Kingston to Kenya. Without going into details, Nile says this forthcoming feature from his talented sibling will prove that his triumphant debut was no fluke.

“I don’t want to say too much about it, but people will be very, very impressed by Sprinter. I’m sure it’s going to be a great success,” Nile says, adding that they’re gearing up to commence principal photography in June. Sprinter is written (and will be directed) by Storm.

Though on a smaller scale, Nile is making strides in his own picture-making career. To wit, he is talking to TALLAWAH smack in the centre of the National Gallery, where his most recent project, the seven-minute short Everblessed, is among the more than 50 entries that make up the gallery’s just-opened 'Digital' exhibition, a stellar showcase of works that reflect the myriad ways digital media and new technologies are revolutionizing the visual art landscape. 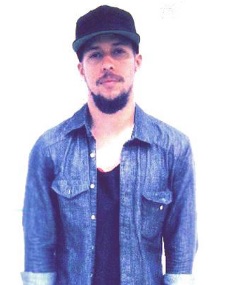 “I’ve been working on a lot of different things, small documentaries, a bit of commercial work here and there, and some personal projects. I’m really focused on more personal work right now,” the 30-year-old tells us.

He is quick to report, too, that their New Caribbean Cinema family, which released the critically acclaimed experimental anthology, Ring Di Alarm, a couple of years ago, is still very much together. “We’re always working. When you have four individual and very talented filmmakers in a crew, there comes a time when everybody has their own individual thing to focus on,” he points out. “So sometimes you have to kinda disperse but not disband.”

Looking ahead, Nile Saulter hopes to bring a few of his fresh ideas to the big screen but, as ever, financial constraints are a challenge. “I’d love to have a budget where I can make a certain type of film, but I can’t say it will be one particular story, but just to express my ideas in a full-length project,” he says. “You have those filmmakers who’ve been in the game for so long that when people hear that they’re behind a particular project, you know it’s gonna be cool. That’s my aim.”