LUST, CAUTION: Danger, desire and loyalty make a combustible mix in Diary of a Bad Man 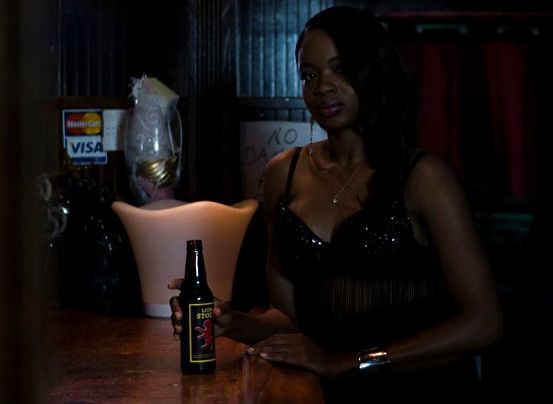 DEEP COVER: Simone (Jacinth Sutphin) keeps her eyes on the prize. Below, with costar Douglas Robbs.

Few life experiences grow more dangerous than when the heart gets involves. That’s the toughest lesson our heroine Simone Williams has to grasp in Diary of a Bad Man, a suspenseful, fairly intense and well-acted Jamaican-inspired flick that takes a hard-hitting look at organized crime, the perils of undercover police operations and loyalties put to the test.

Williams (Jacinth Sutphin), a Jamaican immigrant to the United States, is a rookie FBI agent who’s wet her feet on small prostitution and street-drug-hustling cases. Ambitious and full of can-do spirit, she dreams of going undercover on a high-profile case. She gets her wish when her superiors decide to use her Jamaican roots as an asset to bring down a notorious drug dealer, Winston Bailey aka Bucky (Douglas Robbs), whose lucrative empire is expanding at an alarming pace.

Putting her female wiles to excellent use, Simone gets into Bucky’s good graces, making way more progress than all her predecessors combines. Bucky falls under her spell: he wines and dines her, makes her a member of his crew and even takes her to meet his mother and siblings. But Simone realizes she’s in big trouble when she starts falling in love with the man behind the notoriety. Behind the gritty façade of a ruthless gangster, Bucky seems to have a heart of gold. Charity-minded and generous, he donates money to fund inner-city kids through school and visits them regularly to check on their progress. Plus, he’s drop-dead gorgeous. So you can understand Simone’s dilemma when he puts the moves on her.

“Sometimes you do some bad things so the youths can survive,” Bucky tells Simone, as if in justification of his chosen path. And it’s in these moments that writer-director Diemiruaye Deniram forces viewers to ponder the implications of issues like poverty that very often get blamed for lives mired in crime. 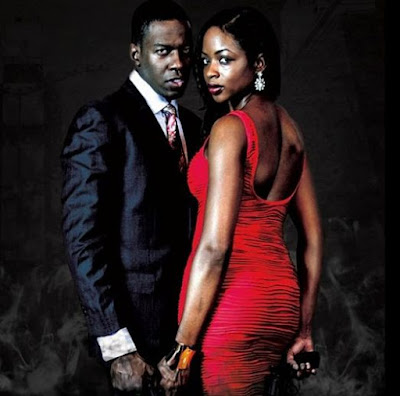 But, thankfully, the movie doesn’t glorify the criminal lifestyle, training the lens instead on one young woman’s courage for the advancement of career – and the unexpected consequences that result.

Sutphin, an expressive actress who uses her large, limpid eyes to terrific effect, manages to make Simone both understood and worth rooting for. She shares a buoyant chemistry with Robbs, whose Bucky comes off as playboy, thug, thinker and a businessman who can drive a hard bargain. Robbs has that Paul Campbell charisma down pat.

Exploring a dark and disturbing subject, in tandem with what it means to be human, Diary of a Bad Man may not offer concrete solutions for the war on drugs and organized crime, but it employs a very believable scenario, populated by well-drawn characters with overpowering wants and needs, to spark a very important discourse. Tyrone’s Verdict: B

Email ThisBlogThis!Share to TwitterShare to FacebookShare to Pinterest
Labels: At The Movies, Cine Jamaica, Current Cinema, Flick of the Week, Movie Reviews