MADE IN JAMAICA: Expo Jamaica’s youngest exhibitors cut a dash with their ‘Bresheh’ bags 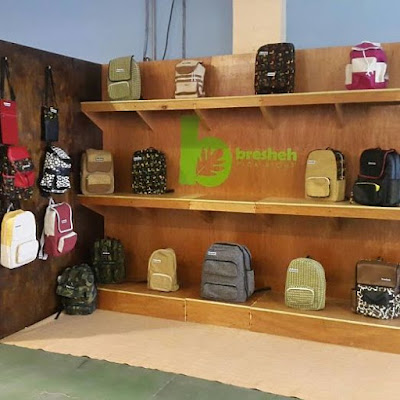 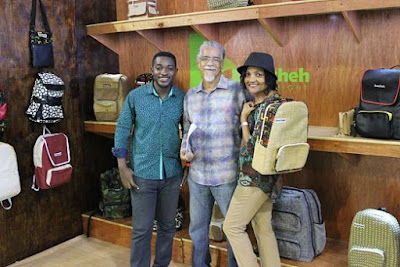 TAKE YOUR PICK: Bresheh bags on display at 2016 Expo; Carlene Davis and Tommy Cowan, with Randy, are fans. Below, Davian and his model strike a pose.

WHAT: Bresheh Enterprises’ custom-made bags
WHO: Davian and Randy McLaren

Bresheh might be the amusing Jamaican word for breadfruit, but in the world of whip-smart entrepreneurs Davian and Randy McLaren, brothers in their 20s who could almost pass for identical twins, it’s the name of their company, which specializes in all-Jamaican custom-designed bags that are as creatively crafted as they are practical and great to look at. “One day when I was in high school, I pulled apart a Jansport knapsack and then put it back together, and everybody liked how I’d re-created it,” explains Davian, 23, sharing the experience that planted the seed for the bag company.

Officially established in August 2015, Bresheh Enterprises has been making strides over the course of nearly a year and counting. Original creations are the specialty and their bounty includes everything from backpacks, travel bags, pencil cases and messenger bags to satchels, gym bags, lunch kits and tablet/laptop totes. This year, the brothers held the distinction of being one of (if not the) the youngest exhibitors at Expo Jamaica inside the National Arena. 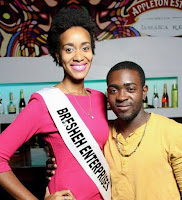 For the McLaren brothers, nothing compares to standing out as on-the-come-up businessmen who pride themselves on being designers and manufacturers of quality customizable products.

“It’s a fairly new company, and it’s been going wonderful so far. We enjoy the work and there’s never a dull moment. It all depends on the material that the customer wants. As far as I can see, the only thing that they (the competitors) have been doing is importing, and we need to cut it down,” he says. “So that’s where our idea came from. We can make our own bags with as many local products as possible.”

You know your product is making a dent in the popular psyche when the stars come knocking. “The response has been great. The artistes are coming on board, and we’re thankful for that. We recently made a bag for Miss Jamaica [Sanneta Myrie] and we also got orders from Emprezz [Golding] and Chronixx,” Davian points out, adding that I-Octane was recently added to their growing clientele.

As for the future of Bresheh Enterprises, the possibilities are limitless, but for now Davian McLaren has set his sights on market dominance: “We want to get Jansport and all other foreign bag companies out of Jamaica.”

> Live the ‘Bresheh’ life! Contact the entrepreneurs at 893-9713 or visit www.bresheh.com.