ON THE RECORD: Singing sensation Chevaughn aims to make ‘a big impact’ through his art 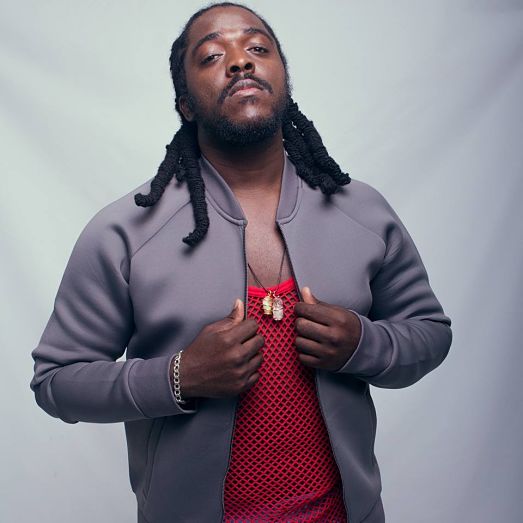 NOTE WORTHY: "I would define myself as a breath of fresh air," says the singer, performing Sunday at the National Gallery (below), with guitarist Dario Morgan.

Hopeless Romantic is the title of the EP that Chevaughn Clayton released to formally introduce himself to the music world in 2014. A groovy mix of R&B-flavoured reggae and entrancing pop grooves, it struck a chord with listeners. “It got a lot of love, still getting a lot of love. I learned a lot about how to release a project because it was my first time releasing a project as a solo artiste, so it was a learning process,” shares the twenty-something crooner, who shot to fame singing melodious hooks for pals like Ding Dong, whose chart-topping track “Holiday” ruled the charts circa 2012 and introduced Chevaughn, then a relatively unknown talent, to a wider audience.

There’s more where that came from. As it turns out, the singer is hard at work on two full-length albums – one he’s co-producing (called From Scratch) and another (still untitled) that’s being spearheaded by hitmaking veterans Frankie Music and Bobby Digital. “Jamaican pop music with reggae and R&B influences” is how Chevaughn describes his sound. “I’ve been singing for years and now that I’ve officially entered the music business I would define myself as a breath of fresh air,” he tells TALLAWAH. “But it’s not about competing with what’s out there; it’s just to add to what’s already out there.”

On a crisp Sunday afternoon, the singer is chatting with TALLAWAH inside the National Gallery’s main foyer where moments ago, as guest performer, he thrilled a sizeable audience (attending the opening of the new 'Digital' exhibition) with a selection of tunes (some originals, a few covers) that gave everybody a mood boost. Chevaughn may not be versed in fine-art lingo, but he can appreciate the great work of fellow creative artists. “It feels good to be here among all these amazing artworks,” he says, with no shortage of modesty. “I was here three weeks ago to perform with Sherieta, so to be invited back to do a full set feels awesome. I’m extremely humbled.” 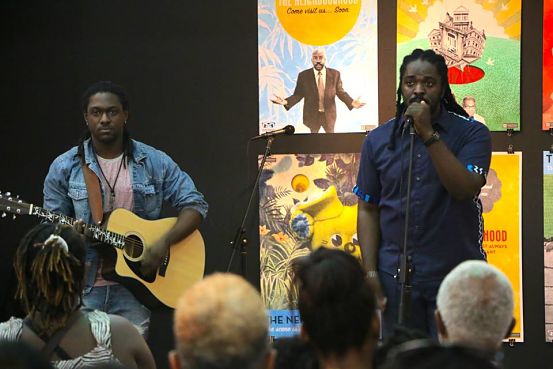 A member of the on-hiatus band C-Sharp, Chevaughn is a product of Portmore’s Bridgeport High School and the Edna Manley College. He hails from a musical family, who encouraged his dream of becoming a professional singer-songwriter. “From I was very little I was allowed to sing, both here and overseas, and enter competitions. I got full support from my family,” recalls the singer, who won the Tastee Talent Competition at age 10. “So by the time I decided to go to Edna I had already saved up, so I didn’t have to depend on my family. They wanted me to think of other professions as well, but they still looked out for me and expected the best from me.”

A sturdily built chap with a genuine gift for vocal gymnastics, Chevaughn has no intention of letting them down. He has his career game plan well mapped out. And that includes collaborating with iconic talents like Beres Hammond and Tarrus Riley (who may both appear on his upcoming CDs) and taking note of the valuable lessons the universe is sending his way.

“One of the things I’ve learned so far on this journey is that I’m much greater than I give myself credit for and my purpose here is much bigger than I imagined,” he says, waxing philosophical. “My main aim is to make a big impact through my music. People can forget my name; that’s fine. As long as I’ve played a part with my voice and my art, that means more to me above all things.”

Email ThisBlogThis!Share to TwitterShare to FacebookShare to Pinterest
Labels: Chevaughn, In The Mix, Live Music, On The Record, Ones To Watch, Performances, Talking Music