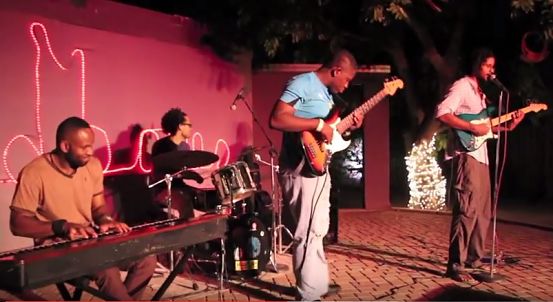 BORN 'FREE': The bandmates bring an eclectic mix of moods and grooves to their lives shows.

For a band that claims improvisation as the main thrust of their live performances, the Free Willies sure know how to put on a show that exemplifies craftsmanship, bold artistry and a rapport among the bandmates that seems effortless. The Free Willies is by no means a flawless outfit however – originality is not among their strongest assets. But these are talented musicians who love what they do so much that their act comes across more as playful entertainment than trying too hard, or taking themselves too seriously, to make an impression. The band’s tell-tale name should have been warning enough.

“It’s a free movement,” frontman/lead vocalist and guitarist Omar Francis, a tall and bespectacled fellow with short locks, tells TALLAWAH, minutes after thrilling a tidy Friday-night crowd at the Redbones Blues Café. “We like the informal thing. We don’t really rehearse. We mainly just come together and play. We’re not trying to be rich and famous.”

But their selection of tunes, predominantly rock-jazz classics, honour world-famous musicians (including some of their idols and a few rock-and-roll hall-of-famers) who are. I’m talking about Jimi Hendrix (“Machine Gun”), Verve (“Bittersweet Symphony”) and the freshly late Prince, whom Francis honoured with a moving interpretation of “Raspberry Beret.” Bob Marley’s “Redemption Song” brought a slice of reggae. 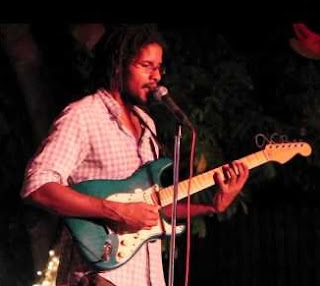 Francis and his bandmates (drummer Jeremy Ashbourne, keyboardist Jerome Tulloch and guitarist Carlton Jarrett) can’t get enough of the jazz/funk/rock/alternative fusion – an eclectic mix – that’s come to define their sound after 10 years and counting. One member even brought out a harmonica to the stage on Friday night.

No surprise that they have their pick of guest vocalists who regularly work out with them, including the lovely and talented Desiree Dawson, whose glorious cinnamon vocals (think Corinne Bailey Rae meets Ellie Goulding) spiced up renditions of “I Will Survive”, Fela Kuti’s “Centre of the World: Africa” and Adele’s “Hello”.

Wild and free seems to suit these fellas and their friends just fine, but worryingly they seem to favour covering classics over crafting original content. But the night is still young on their careers for them to produce a few anthems of their own for the growing fanbase. “We record singles every now and then, but it’s not for commercial purposes,” Francis admits, emphasizing that whatever music they play must speak to humanity and freedom. That perhaps explains why they have such a thing for improv. “It’s about taking a piece of music and making it into something beautiful,” Francis rhapsodizes. “It’s kind of a policy. The music has to feel free.”