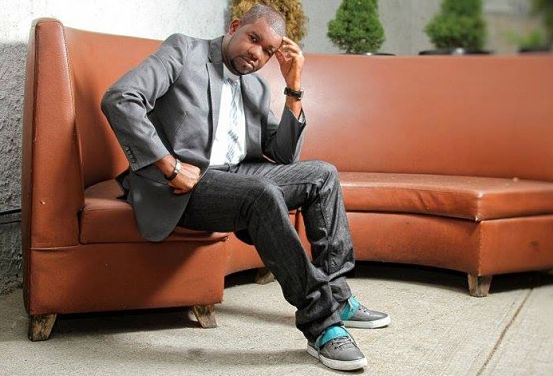 THE MESSENGER: "You can learn from the past but never embrace it. You embrace the future that lies before you," shares the artiste. (Below) Sitting for an interview at TBN; sharing a moment with wife, Debbie.

Fresh from a tour of the US East Coast, the reggae-gospel heavyweight and headliner of the inaugural Spring Praise Jamaica Music Festival talks to TALLAWAH about the evolution of Jamaican gospel, prepping his latest album (Journey) and what he’s looking forward to most in this latest chapter of his music and ministry.

On this seasonably warm post-Easter night, inside the artiste lounge at the Spring Praise Jamaica Music Festival in Portland, you find a mix of entertainers and festival organizers gabbing about everything from industry trends to making next year’s event bigger and better. The night’s main act, gospel heavyweight Papa San, is in the mix, looking sharp in his cool-black ensemble, fresh-faced and much younger than his forty-something years.

Catching up with the iconic deejay after several years feels like chatting with a favourite uncle who has not only grown older and wiser but is still incredibly passionate about the journey he’s making in Christian music and ministry. At this stage of his illustrious career, the entertainment legend (né Tyrone Thompson) still gets a real thrill out of lending a hand to and mentoring up-and-coming artistes, while making new discoveries about his own creative abilities. Case in point: the genre-defying diversity of his eagerly awaited new album, the aptly titled Journey, to which he’s now putting the final touches. Did we mention that he’s just wrapped a tour of the US East Coast and is planning a second leg to coincide with the album’s early-summer release?

By all accounts, Papa San – crowd-pleaser, father, husband, pioneer – is an artiste advancing from strength to strength while in complete control of his brand. As he tells TALLAWAH, there are aspects of his past that he’s not proud of, so he’s content to leave them exactly where they are – in the past. The future, however, that’s a whole ‘nother kettle of fish. He’s pumped as he goes in pursuit of new career highs.

TALLAWAH: As a legend in the biz, you’ve been able to bear witness to the myriad changes Jamaican gospel has been going through in recent years. On reflection, what are your thoughts on where the industry stands at the moment – and where it’s poised to go?
Papa San: God is doing something amazing in the industry because he’s rising up artistes to take it to another level. We see secular artistes like Lady Saw coming to help with the work and take it further. In terms of my own career, we see what the Victory album did, we see what the God and I album did, so the foundation is there and it’s now for people to [build] on that foundation. So when Lady Saw comes in and other people come in, it gets stronger. We’re not doing this for fame or popularity. We’ve already experienced that. So we’re now saying, How can we make this better and what can we do to bring it to the level where God designed it for it to be? We see where souls got saved and delivered to Christ through this music, so God is doing a great work. 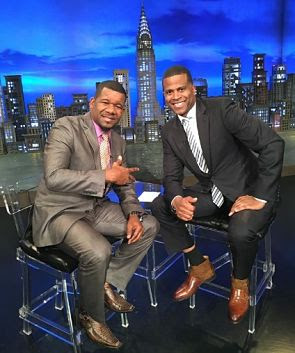 TALLAWAH: It’s interesting that you mentioned Lady Saw because before fans started grooving to your gospel hits, you’d long established yourself as a deejay in the dancehall world. When you look back on those years, what goes through your mind?
Papa San: I consider that part of my life as being ‘down’. I don’t really consider those years as anything because that would be a waste of time. I just learn from the past experiences; I don’t embrace it. My past is behind me and my future is before me. I just embrace what Christ has given to me. I don’t hold on to the past. From my experiences in the secular world I am able to teach others, why they shouldn’t go there, how we can do business because that is needed in the gospel industry. You can learn from the past but never embrace it. You embrace the future that lies before you.

TALLAWAH: Artistes with your kind of verve and dedication are hard to come by. What motivates you to keep going after all these years?
Papa San: Challenges. God always challenges you to look deep inside and to go forward. He always does that with us. My kids, my wife, my church family stand with me, but God is the one who empowered me and keeps me going. And when you see the needs that people have, it motivates you to do more.

TALLAWAH: You fans have needs, too! They would love to hear some new tunes. What can they expect in the near future?
Papa San: My new album, which is called Journey. We just finished up an East Coast tour and we also did some shows in the New York region, and that was very successful. We are looking forward to a chapter two of the tour. The album will be completely finished by about April 10, but we’re gonna release it officially in early June. We will release some singles before then. 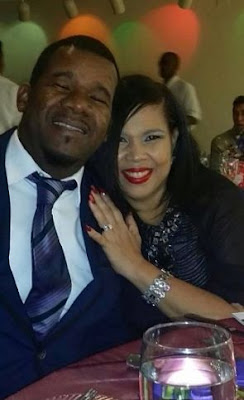 TALLAWAH: Great! And the Spring Praise festival, which you are headlining tonight in Portland, couldn’t have come at a better time.
Papa San: I’ve been doing music in Jamaica for over 20-something years now, so to see a festival like this emerge feels good. It’s a solid foundation based on what I’m seeing, and it’s gonna build from here, and I’m excited to be a part of it. I’ve been to many different festivals over the years with foundation artistes, and now we get something to springboard off of. I think this festival is going to develop and in a few years from now you can never tell where it’s gonna go.

TALLAWAH: After award-winning albums, a vibrant praise ministry and collabos with the likes of Kirk Franklin, what’s left for you to accomplish?
Papa San: A lot more. I’m a soul winner, and I just want to see more souls come to Christ. I want to develop a platform where I am able to build up orphanages, and we have a thrust now to expand the ministry with more services all over the world. I want to see more gospel artistes rise. That’s why I do what I do. I’ve recorded with many young artistes, no charge. It’s just to help them because that’s one way you help young artistes. And there’s a lot more to come, so I’m looking forward to the rest of the year.

TALLAWAH: One final question: have you become the man you always hoped you’d become when you were a little boy?
Papa San: Oh yes. I’ve accomplished more. I never knew that all of this was ahead of me. I never expected this. But I knew that God gifted me for something great. So I think I’ve received more in my life than I dreamed I would, and I give God thanks for that. And I know that there’s greater things to come, so I continue to give thanks.

"My past is behind me and my future is before me. I just embrace what Christ has given to me. I don’t hold on to the past."