STATE OF THE NATION: General Secretary Paul Burke talks about the PNP in repair, Lisa Hanna, and holding the JLP to account 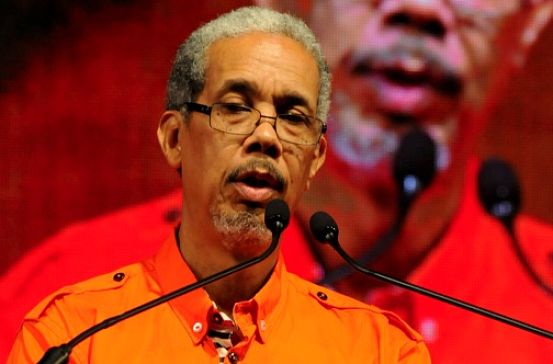 TO TELL THE TRUTH: "I'm a relic of the past," Burke admits, "because I can't see myself going out there and buying votes."

Resilient, outspoken and manically energetic are only a few of the adjectives that spring to mind in reference to embattled PNP General Secretary Paul Burke, a man who’s proven he can take the heat, plowing ahead no matter how many torpedoes are fired in his direction. Given the rebuilding process that presently characterizes his beloved party, these days Burke has a lot on his mind and a lot on his plate, including meeting regularly with comrades to hear their grouses and update them on plans for the future. The Jamaica Conference Centre was the scene for their latest gathering, on Sunday, as the New Foundations Group met with party faithful. For the second instalment of our ‘State of the Nation’ series, the 63-year-old Burke spoke with TALLAWAH about the PNP’s healing process, his mixed feelings about Comrade Lisa Hanna, what the JLP must deliver, and why he’s a relic of the past.

TALLAWAH: Mr. Burke, the PNP has had an eventful last few months, to say the least. Where do things stand in the party at the moment?
Paul Burke: The party has stabilized. We have two things happening simultaneously. We are examining the reasons for our defeat [in the Feb. 25 General Elections]. There is an appraisal committee that is interviewing comrades, different leaders and also persons who are not within the party, as to what they think contributed. But it’s obvious that there is no one single factor but a number of factors. But while we are doing that we are also preparing for the Local Government Elections, which are due by December 2016, and the party president has indicated a programme, where she is meeting with the different parish organizations. So far the meetings have been positive, very very positive. And that will resume when the Budget Debate is finished.

TALLAWAH: So as the PNP rebuilds, what should the focus be on?
Paul Burke: Right now the party’s focus is on the Local Government Elections. We are strengthening the organization – both the general party structures and also the Election organization.

TALLAWAH: In retrospect, do you think the PNP lost the 2016 General Elections fair and square?
Paul Burke: Put it this way, there are always glitches in the electoral process, but the truth is, had our base and our supporters turned out, those issues would have been non-issues. We saw a phenomenon, which has grown: I have no quarrel with JLP supporters not going out to vote because they don’t get a payment. I have a major issue with PNP supporters sticking up the party on Election Day and saying if they don’t get something they’re not going to vote. And many of our candidates were confronted with that situation. On a personal note, I’m a relic of the past because I can’t see myself going out there and buying votes. But maybe it’s the only way to go in this present dispensation, in this context. And that programme must be addressed one way or another. The long-term solution is for the party to do its political education to make its messages clear. 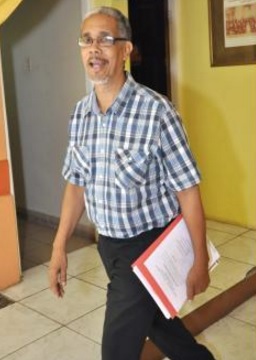 TALLAWAH: As General Secretary, you took a lot of heat and faced heavy criticism for some of the decisions that were taken in the run-up to the polls.
Paul Burke: All the decisions I took and what I communicated were decisions taken either by the NEC or the democratic process. I know the decisions were approved by the executive committee of the People’s National Party. There is not one decision that Paul Burke sat down, by himself, and took because the PNP doesn’t function that way. But I am the voice that had to communicate some of those decisions that were not so popular. So I understand the resentment, I understand the anger. People in the PNP must be angry about losing an Election the way we did.

TALLAWAH: Looking ahead, what’s your challenge for the ruling Jamaica Labour Party?
Paul Burke: I’m not watching the JLP; my eyes are not on the JLP. [Our] party has said that they must honour their promises. And I believe that also. There is the integrity of politics. You have said something; you have put it on record, you must deliver. And the party is going to make sure, as much as possible, that they deliver. Some of these promises are beneficial to the Jamaican people. The removal of auxiliary fees, for example, is something that we support 100 percent, as long as it doesn’t negatively impact the quality of education to be delivered.

TALLAWAH: Looking back, how did you know that politics would be a part of your life?
Paul Burke: Politics, to me, is a way of life, and if you have strong views about the way your country should go, then you need to be involved, at some level, with the politics.

TALLAWAH: One final question: Are you a Lisa Hanna fan?
Paul Burke: I respect Comrade Lisa Hanna; I think she brings value to the party. I think she has done some good work, but I have criticisms of how she operates and functions within the party. And I’ve already indicated those things to the party.