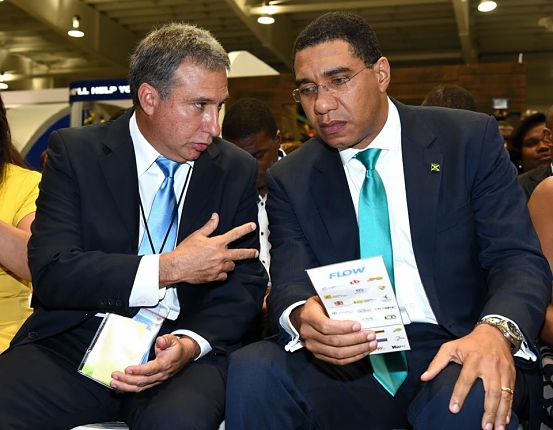 This week, TALLAWAH kick-starts a new bi-monthly series called State of the Nation, where we will interview government officials, public and private sector leaders and heads of key agencies to keep our readers abreast of the latest developments, etc. We begin with Metry Seaga, 53-year-old businessman (Jamaica Fibreglass Products Limited) and President of the Jamaica Manufacturers Association (JMA), which has been putting on Expo Jamaica since 1971.

TALLAWAH: What makes Expo Jamaica the ideal platform to promote local products to the world?
Metry Seaga: Because it’s a place where you can gather everybody in one spot. Everybody has been creative in setting up their booths, and we can get buyers to come. We offer some entertainment, we offer some giveaways, things of that nature, and it’s allowed persons to see what Jamaica has to offer.

TALLAWAH: Do you think enough is being done to strengthen trade relations between Jamaica and our international trading partners?
M.S.: It’s been excellent. I think certainly we’ve had a solid start. At Expo this year we have buyers from 13 different countries, and that’s a great opportunity for us.

TALLAWAH: How successful has the “Buy Jamaican, Build Jamaica” campaign been?
M.S.: Very successful. We’ve seen it start to make a huge difference now. We see people actually checking labels to ensure that things bought were made in Jamaica, so that’s a good thing. We’ve had the biggest and the best show so far ever, and we’re hoping that that will continue and we will move from strength to strength.

TALLAWAH: How do you see your role as JMA President and what kind of national contribution do you hope to make ultimately?
M.S.: I continue to try to fulfil the role and the mandate that my membership has set for me, which is to help generate growth in the country by propping up manufacturing because we feel that manufacturing is the best way to generate growth in the country. There are four things that we want to get done in Jamaica that we feel will help us grow: Changing the procurement policy to ensure that we have a policy favouring manufacturing; We want to deal with crime and justice because we feel that that is one of the overarching things that will help us to build Jamaica; Tax Reform. We are very much in favour of meaningful tax reform that lowers the rates and broadens the base. And we feel that if we put those things in place we’ll see a better Jamaica. 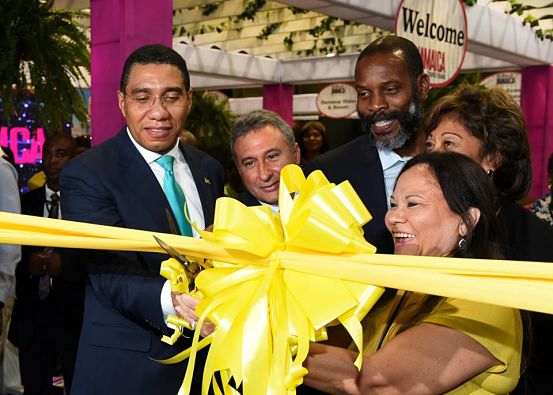 TALLAWAH: In the years to come, what do you hope the Expo will achieve? How will it be reinvented?
M.S.: We want it to continue to put buyers and sellers together. It’s difficult to say, in the middle of this expo, how it will look in the years to come, but stay tuned (Laughs).

TALLAWAH: As a public sector leader, are you impressed with the Holness administration and the policies they’ve been putting in place?
M.S.: It’s too early to say. We’ll see. They’ve been in power less than 40 days, a month and a little bit, and I think they have to show us that they can fulfil some of the promises that they have made.

TALLAWAH: Do you like Holness as a leader?
M.S.: I neither like nor dislike him. Mr. Holness has put himself up, and I will judge Mr. Holness based on his efforts.

TALLAWAH: Are you giving the diplomatic answer because I am a reporter?
M.S.: But that’s the facts. I don’t know anybody in any party any better than anyone else. And the truth is I can be friends with anyone of them, but when it comes to judging them as leaders that will be determined by how they lead.

TALLAWAH: Understood. Are you any relation to Mr. Edward Seaga?
M.S.: Yes, he’s my cousin.

TALLAWAH: What do you make of his achievements? I mean, he’s now a Jamaican and Caribbean legend.
M.S.: I think he’s always had Jamaica’s best interest at heart, and I think he was interested in doing the best for Jamaica. I know he loves his country.