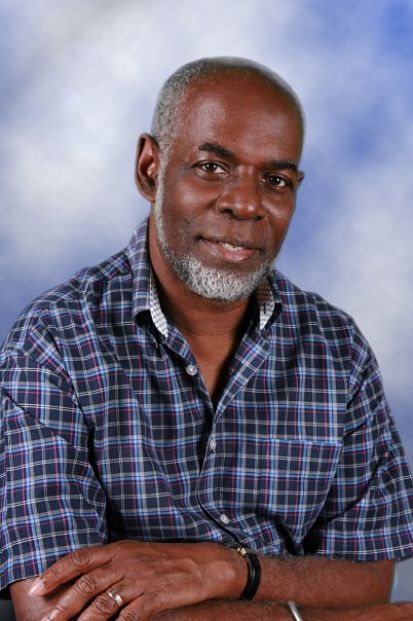 THE THINKER: "My proudest achievement is something I haven’t really thought about," Lewis confesses. Below, the Mona Campus Male Chorus at UWI.

When folks think of Prof. Rupert Lewis, the idea of an esteemed, buttoned-up UWI Mona academic leaps readily to mind. A man of eclectic tastes, he’s also a connoisseur with a voracious appetite for all things cultural. So we were not at all surprised to spot him in the mix at Sunday’s grand debut recital by new kids on the block, the Mona Campus Male Chorus, inside the University Chapel. As he goes to work on his latest book (the details of which he’s keeping close to the chest), the 69-year-old Lewis talks to TALLAWAH about what keeps him busy these days, his singing and sprinting days at Calabar High, and other memorable flashback moments.

TALLAWAH: You’re a lifelong academic, but did you ever feel tempted to try any other profession?
Rupert Lewis: Not really. I enjoy researching. I enjoy writing. I have a wife who is a great researcher and an author herself, so we share some common interests in those areas. So it has never occurred to me to engage in any other activity because what I do enriches my life. I went to the Gleaner one time to be interviewed because my stepmother knew the editor [Sealy], and I was interviewed. But when I heard the salary I said no, I would choose another area. I still have a love for journalism, but I think with social media now, there is a lot of scope for you to express your views.

TALLAWAH: How does a veteran professor like you spend his retirement years?
R.L.: For me, I continue working. I’m writing a biography of [a Jamaican icon], but I won’t tell you on who, which I’ll complete this year. I have a contract with UWI Press, so it’s not writing without having a publisher. I have about three books that I am working on at the moment.

TALLAWAH: P.J. Patterson recently called on UWI’s alumni and corporate Jamaica to step up their support of the university via donations. Was the university’s funding ever a concern for you as well?
R.L.: Yeah man. I think that as alumni, we are loyal to our high schools but it is taking us some time to develop a loyalty to UWI. But I think more effort needs to be put into contacting alumni and doing what the big universities in the western world do, which is to keep the names in a database. My daughter went to Harvard and she gets information from them every three months. As a graduate, she can vote to elect different people for different positions. My wife went to York University in England and they maintain a contact with her throughout. So I think how those universities do it is a good example.

TALLAWAH: Looking back on your journey, what achievement are you proudest of?
R.L.: My proudest achievement is something I haven’t really thought about. I think that, in 1987, when I published my first book on Marcus Garvey [Anticolonial Champion], I was very happy that was done and that it was translated into Spanish by a Cuban Press, Casa de las Americas. Of a personal nature, having my children and seeing them grow up into adults and having their own professions has been very fulfilling. And to have the companionship of my wife for over 40 years has also been very fulfilling. 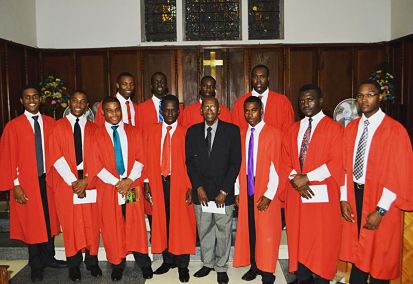 TALLAWAH: And, of course, as a culture lover you’re here to support the Mona Campus Male Chorus on their debut performance.
R.L.: I will always support [director] Noel Dexter. I am glad to see him emerge from illness to create this UWI Male Chorus, which for me is overwhelming. Their performance was excellent.

TALLAWAH: Did you do any singing or performing arts back in college or high school?
R.L.: Yeah, I did singing at Calabar. I sang first tenor in the choir. My only performance I seem to recall was at East Queen Street Baptist Church. That was many years ago, in the ‘50s. And I also ran for Calabar.

TALLAWAH: Sprints or longer distance?
R.L.: I did sprints. I was on the track team. Class Three. But we didn’t do very well that year. But for me to be chosen to be on the track team was a major thing.

TALLAWAH: And look at Calabar now!
R.L.: Calabar now is just phenomenal. At that time, in my time, we had a schoolboy who was one of the fastest people in the world, Dennis Johnson. So there were very good athletes at that time, but this generation far supersedes the past ones.