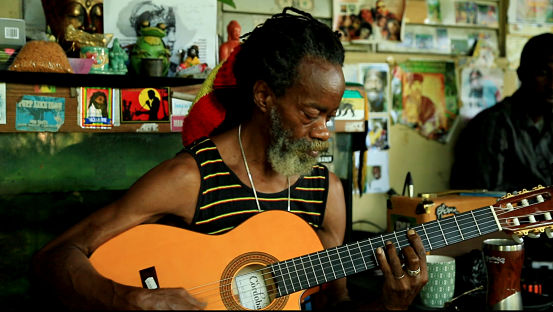 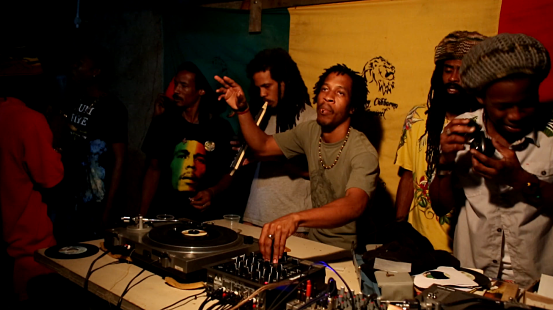 JAMMIN': Vibrant scenes from the reggae-based documentary; below, filmmaker Becker and Schaul.

Oliver Becker and Jonas Schaul, the two German filmmaking pals behind Kingston Crossroads, didn’t know what to expect when they flew to Jamaica in 2014 to begin work on the film that would make or break their degree studies back in Hamburg. Their professors didn’t approve of their concept (exploring Jamaican roots-reggae and island culture), but the strong-headed duo would not be deterred and set out to bring their passion project to life.

The result, some two years later, is a panoramic yet acutely focused roving documentary that, as its title suggests, takes viewers deep into the heart of the Jamaican capital and its environs, but specifically Cross Roads, Grants Pen, Spanish Town, Bog Walk/Flat Bridge and up in the cool, cool St. Andrew hills, capturing breathtaking views of the majestic Blue Mountains and the exotic flora and fauna that abound.

Still, it’s the human element that gives the film its beating heart. We encounter characters as compelling as they are colourful: Jah B, a deportee who did 22 years in a US maximum security facility, now making life as a taxi driver on the mean city streets; Mattias, a German immigrant making our reggae-Rasta culture his own; and a host of devoted Rastafarians chanting and drumming by the river or in some small Nyabinghi-style settings – offering, they explain, conscious vibrations in direct response to the corruption and other social ills plaguing the country and the world at large.

Cameos by some of reggae’s most recognizable faces lend a bit of star power to the project: Luciano and a brother deliver a stirring, acoustic rendition of “Over Hills and Valleys”; Kabaka Pyramid featured in a scene singing “Well Done” before sitting down for an interview; along with noteworthy appearances by Earl ‘Chinna’ Smith, Jah 9 and Gabre Selassie, among others. 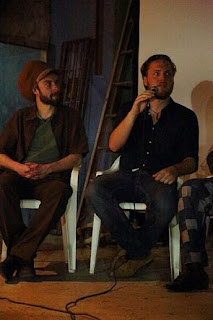 Filmed over the course of three-and-a-half months, Kingston Crossroads brings diverse perspectives on poverty, hardship and struggle and how our people are coping with the hard knocks. Following a recent screening at UWI Mona, some audience members complained that the feature is too male-dominated. But that’s not surprising given the film’s weighty focus on Rasta living then and now.

Overall, to be honest, the content sometimes feels repetitive, but the folks you meet (Jah B especially) and their tough, out-of-this-world stories will stay with you.

For Becker and Schaul, who first discovered reggae as teenagers and now teach filmmaking in their native Germany, the hypnotic music provided their first real connection to Jamaica, which they’ve wanted to learn more about ever since.

And that’s precisely what Kingston Crossroads represents, in the biggest sense, a journey of discovery and learning, laced with powerful, sometimes controversial viewpoints that, like Stephanie Black’s Life + Debt and the Oscar-winning Searching for Sugarman provides a voice for some of society’s voiceless.