ART OF THE MATTER: Two art-world pros hail the growth of the J’ca Visual Arts Competition 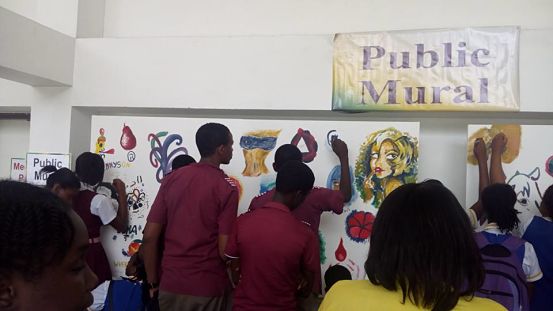 In addition to the wonderful experience of studying some truly magnificent, locally-made artworks, Phillip Supersad says of one of the pleasures of judging the annual Jamaica Visual Arts Competition surrounds the marked improvement he’s noticed in the pieces that the entrants (from as young as six years old) submit. This year’s bounty, he admits, was no exception. “In terms of the level of interpretation and the level of application, this year’s standard of submissions was of an extremely high quality,” Supersad, a well-known artist and instructor at the Edna Manley College, tells TALLAWAH. “With some pieces, the judges had a very hard time coming to a conclusion.”

Donnette Zacca, iconic photographer and Edna Manley College instructor, was also deeply impressed with the 2016 crop of submissions. “I think the standard of photography in particular is the highest I’ve seen. The competition has definitely grown overall, and there is greater variety this year. The primary and high-school students are doing great work,” observes Zacca, who earned a Musgrave medal from the Institute of Jamaica last year for her distinguished work in the field. 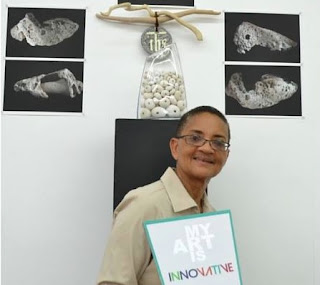 Both Zacca and Supersad feel a competition like the JCDC-run visual arts contest, which has been around for years, has the potential to morph into a world-class product.

“I think the JCDC is doing its job because our creative artists, the children especially need the recognition, but they’ll have to start looking for a bigger venue,” Zacca points out. “I think more schools entered this year, and the level of work is outstanding. I am impressed.”

With some 190 awardees picking up prizes on Sunday, and nearly 250 pieces in the exhibition (which will be hitting the road soon), Supersad feels the level of corporate sponsorship should match the quality of work being produced and showcased. “It deserves better sponsorship. I hope it gets money put into it so that we as artists can us this forum to develop the younger, up-and-coming artists,” he notes.

Representing the Tourism Enhancement Fund (the chief sponsor), Director of Projects Christopher Miller says they remain staunchly committed to the product and its increasing importance in the culture at large. “It demonstrates the creativity of who we are as a people, and that is what visitors like most – an authentic experience of who we are exhibited through our art,” Miller tells TALLAWAH, noting that next year will mark a decade of their involvement with the competition. “There has been a lot of innovation and wider participation. We’ve seen more participants from islandwide as opposed to from specific parishes. And we’re pleased to be part of the plans to make it even bigger in the future.”

> THE WINNERS: Find out who won what at Sunday’s awards ceremony