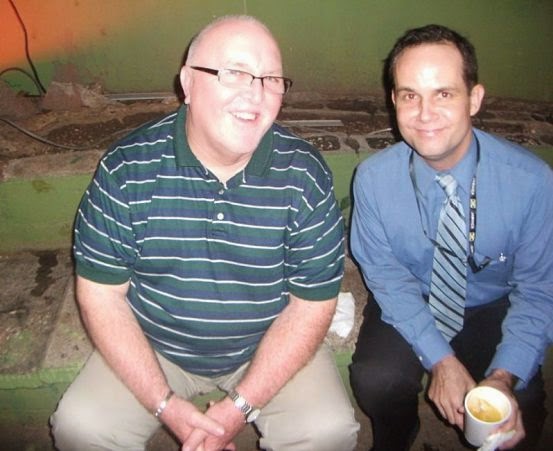 TWO OF A KIND: Menou (right) and Heap, sharing lens time at the Little Theatre, December 2014.

Many actors readily confess that disappearing into a charming role is not nearly as enjoyable and satisfying as going to that dark place where the great work lies. Romantic leads and noble heroes versus ruthless pricks and evil colonial types.

Jean-Paul Menou, who has spent a great deal of his acting career straddling both worlds, gets to combine a bit of both in his latest outing, as Johannes, husband of the titular missionary in Catherine Mulgrave: An African Odyssey, a brand-new University Players theatrical offering, devised and directed by Dr. Brian Heap, that’s opening at the Philip Sherlock Centre this weekend.

“I’m generally typecast as the evil colonial or the lawyer, which is fine because those roles are more fun to play, instead of like a romantic lead,” admits Menou, who was equally drawn to Johannes’ layers and the opportunity to collaborate once more with Heap and the Players. “I always appreciate working with Brian; he always chooses interesting material, with characters that are real and fascinating.”

It clearly doesn’t get any realer or more fascinating than this 19th-century-set saga, based on actual events (Heap crafted the script “bit by bit”), that includes everything from shipwrecks and kidnappings to slavery and self-discovery. Intriguing stuff.

While Menou digs the whole ensemble vibe that the show has generated (costars include Nadean Rawlins, Makeda Solomon and Paul Issa), the demanding daily schedules of the actors has been a challenge, as far as preparation goes. But with opening night only a couple of days away, it’s all hands on deck to treat audiences to the high-calibre work that has become synonymous with the Players. 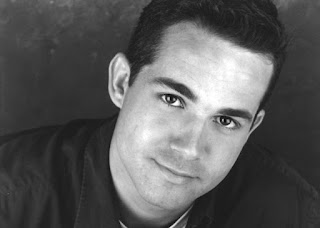 “I do hope audiences come because that’s usually another challenge for us. We don’t have the advertising budget to put the word out there, and so word-of-mouth is usually a positive for us,” says Menou, who is fortysomething and has starred in everything from Basil Dawkins dramas to putting in appearances in films like Destiny and Red Amber Green. “I’m hoping [this production] will be another feather in Brian’s cap as a director, and I hope people will see that University Players is living up to the standards that have been set.”

And like his Catherine Mulgrave costars, Menou is known to keep a full plate. When he’s not serving as quizmaster on Schools’ Challenge Quiz or handling broadcast duties for Power 106 FM, he’s in the classroom at the Edna Manley College, teaching Voice and Speech. “It’s challenging, but I like them,” he says of his students. “I like when you see them make a breakthrough and understand what is being taught.”

> With a starry cast, Catherine Mulgrave: An African Odyssey plays on weekends at Mona’s Philip Sherlock Centre, May 14-29. Tickets: 977-9770.