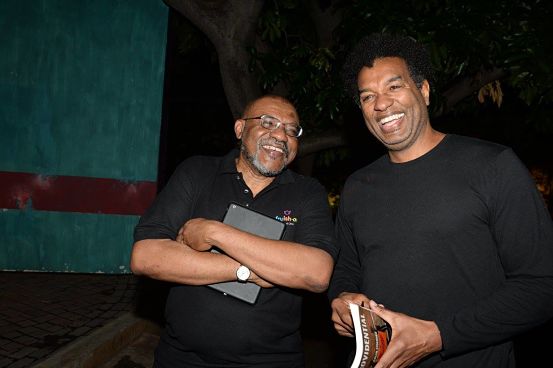 The 2016 renewal of the Calabash International Literary Festival (June 3-5) in Treasure Beach, St. Elizabeth, will climax in a big way: with the announcement of the overall winner of the prestigious Commonwealth Short Story Prize. The festival’s organizers revealed this detail via a schedule update on their website.

Hosted by Gillian Slovo, the announcement will be made on the Sunday evening (June 5), the final day of the festival, with Man Booker Prize winner Marlon James presenting the award to the judges’ pick. The nominees, plucked from all over, are a diverse bunch representing the continents. They are: South Africa’s Faraaz Mohamed (AFRICA), Parashar Kulkarni of India (ASIA), the UK’s Stefanie Seddon (CANADA/EUROPE), Trinidadian Lance Dowrich (CARIBBEAN) and New Zealand’s Tina Makereti (PACIFIC).

The Commonwealth Short Story Prize is not to be confused with the Commonwealth Writers’ Prize, whose past winners include Olive Senior and Lorna Goodison. “In one generous gesture of righteous collaboration, Commonwealth Writers gave Calabash exactly the kind of gift that our audience relishes: an opportunity to enjoy and celebrate the best new writing from around the world,” says Kwame Dawes, the festival’s Artistic Director. “We are honoured and excited to be the stage on which this announcement will be made.”

Being held under the colourful theme “Frui-i-shan”, Calabash is returning to its old seaside haunt of Jake’s in Treasure Beach for a three-day feast of the written and spoken word, music, food and fellowship.

In addition to appearances by Jamaica’s own Kei Miller, Diana McCaulay, Pamela Mordecai and James, the fest is welcoming, as is customary, a hefty international contingent spanning the entire globe. Among the well-anticipated writers making the trip are Nikki Giovanni, Chris Abani, Teju Cole, Ada Limon and festival regular Paul Holdebgraber.

> For more on the festival, and to check out the full schedule, visit calabashfestival.org