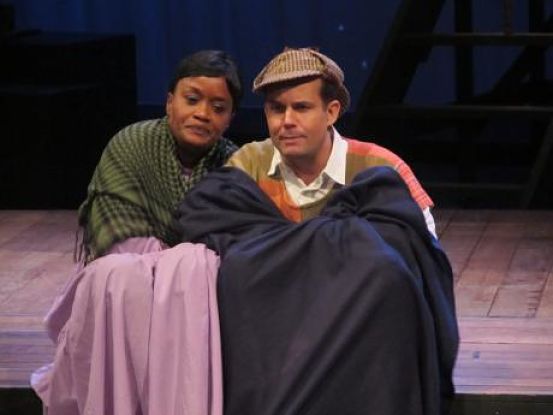 JUST THE TWO OF US: Rawlins and Menou get close in this scene from the play; (below) the real Catherine Mulgrave (seated, second left), with members of her family.

They say you never know where life will take you. That’s one of the sobering truths our heroine has to come to terms with in Catherine Mulgrave: An African Odyssey, the latest theatrical offering from Mona’s University Players. It’s yet another terrific achievement for director Brian Heap, who crafted the script and helmed the show, a strongly acted and transporting production. That’s why the idea of an odyssey is such an apt description, because what an adventure!

Inspired by a real-life slice of nineteenth-century history, the production whisks us from Luanda, Africa, to Kingston, Jamaica, and back to Africa again, as it weaves Catherine’s bittersweet story – the triumphs and tragedies – that exemplifies the collision of fate, destiny, family and trust.

A fun-loving little girl, she along with a childhood friend are kidnapped by sailors, placed on a slave ship and taken to the Caribbean. Their vessel crashes off the coast of Old Harbour, St. Catherine. They are taken in by then Governor, the Earl of Musgrave (Paul Issa) and his wife Maria (Hilary Nicholson), who becomes their affectionate, doting patroness and godmother.

The African children (three in total) are ‘reborn’ as Catherine (Nadean Rawlins), Susan (Makeda Solomon) and John (Cadine Hall) Mulgrave, put through school and basically given a new lease on life. They grow up to become respectable adults – Catherine for one, becomes a schoolteacher among the Moravians in Manchester, marries a fellow schoolteacher and subsequently returns to Africa (the Gold Coast) to work as a missionary by his side.

There, she starts a girls’ school but experiences her share of trials and tribulations that sorely test her faith. She becomes a mother and eventually remarries, choosing to share the rest of her life with a white man, a decent European linguist named Johannes Zimmerman (Jean-Paul Menou), a stranger in a strange land who decides to make Africa his home.

Throughout it all, Catherine remains a compassionate, diligent and earnest young woman with a humanitarian streak. Rawlins’ laudable portrayal of Mulgrave transforms her into a compelling example of first-class womanhood. Heap was wise to turn the role over to Rawlins. Yes, they’ve long established a director-actor trust (and shorthand), but the actress has the gravitas to bring the role to full-bodied life, and she does precisely that with flying colours. 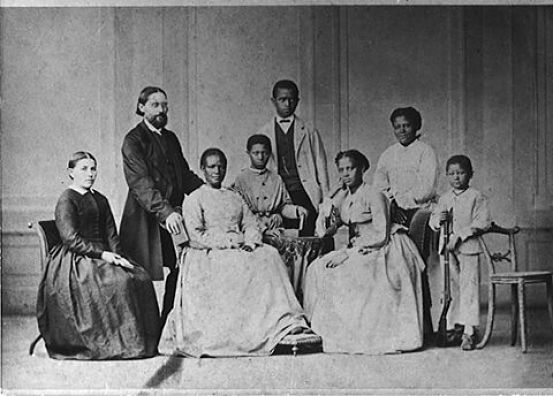 Meanwhile, the staging has its limitations, given the scope of the story, but visually the production is like a mise-en-scene straight out of a museum of African history. There are striking artefacts and props galore that lend the work some authenticity. At the same time, it’s a minimalist production with a very experimental slant (as is the case with a lot of plays by this group). It’s the performances, for my money, that give Catherine Mulgrave its oomph.

Rawlins aside, terrific scene work come from Nicholson (whose remarkable voice is a robust character of its own), Menou (whose lamb-like Zimmerman is full of charm and sympathy) and Solomon, who can turn on the versatility and the pizzazz at the drop of a hat. Issa, Hall, Michael Sean Harris and Melward Morris round out the appealing supporting cast, with Carl Davis lording it over them all as a very god-like figure overseeing the events of Catherine’s life as they unfold. The actors each take turns narrating the show, as it careens towards its powerful conclusion.

Catherine Mulgrave: An African Odyssey, reportedly inspired by research findings from Jamaican historian Maureen Warner-Lewis, is steeped in Afro-Caribbean lore and tough realities. The Ga language is a recurring presence and the vestiges of colonialism, not to mention the continent’s dark past, are inescapable. But, if nothing else, the show is an intriguing account of one woman’s incredible journey – and how life can mysteriously come full circle. Tyrone’s Verdict: A-