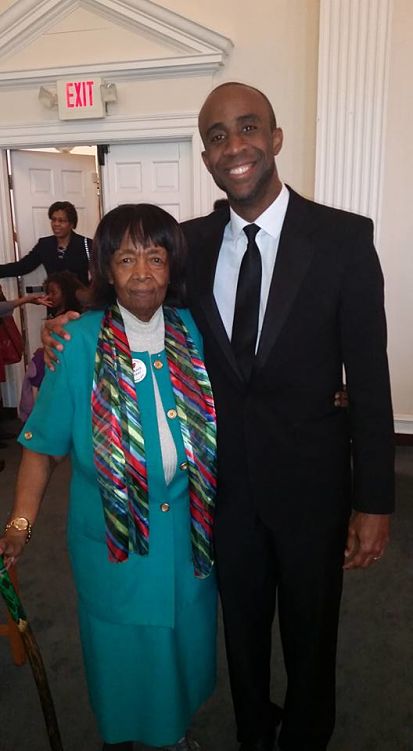 For committed, lifelong artists like Dr. Andrew Marshall, challenging himself creatively comes as naturally as breathing. So fans of the ace musician and composer who thought that 2014’s Nyabinghi Symphony, a masterpiece of imagination and verve, was the best of him, had better think again.

As we speak, Marshall, the former director of choirs at Manchester’s Northern Caribbean University (now serving in a similar capacity at the prestigious Pine Force Academy in Pennsylvania), is hard at work crafting his latest gem, which fuses Jamaican heritage with a classical framework that aims for timeless, universal appeal.

“I’m calling it the Maroon Symphony. I’ve written the first movement, and I just need some time to orchestrate the other two. It’s coming along to my satisfaction, but let’s see what happens,” Marshall says of the opus, which will have its world premiere performance by the Immaculate Symphony Orchestra, under the baton of Steven Woodham, later this year.

The Maroon Symphony will be his third commissioned piece for the high-school group and, as always, he wants to deliver something memorable. “I’m hoping it will be finished by the end of the summer, so they can have it for October/November,” he says. And time is a precious commodity for this creative genius who juggles numerous projects simultaneously.

As one can imagine, making the move from NCU to remote Pine Forge has brought fresh ideas, a breath of fresh air, and a change of pace. “I’m working with high-school students now. At NCU, I worked with university level students,” says the devoted music teacher, who stands at a commanding 6’3. “It’s been a good change; I’m enjoying it. It’s basically working at another level with young people.”

And did we hear that he’s working on an album? “Separate from the choral pieces and other choral items, there is a recording project that’s been in the works. I’ve been working with a team that’s multifaceted, and the plan is to have the album out before the year ends,” he says..

There’s lots of travelling in his future, as well, and venturing into uncharted territory. For this 34-year-old, who was in the island for last Sunday’s recital of Handel’s Messiah at the University Chapel, there’s no better way to grow as an artist. “I’m just working and enjoying the opportunities that have been coming my way and thinking about some projects that will have me working outside of an institution setting and more as an independent artist, in production, composing and consulting,” says Marshall. Clearly, for this flourishing artist, the possibilities are endless.