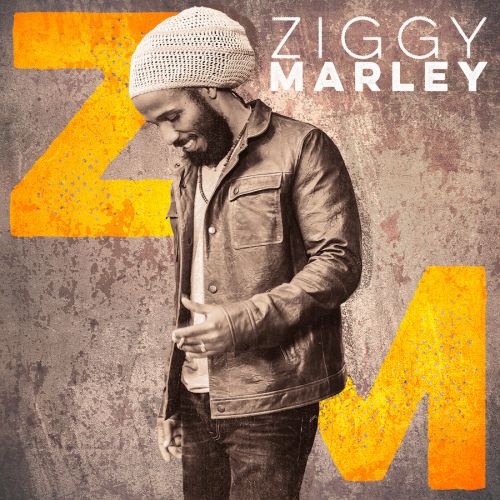 Show of hands those who still enjoy vintage hits like “Tomorrow People” by Ziggy Marley and the Melody Makers. You are not alone. On Ziggy’s self-titled new album, diehard fans will find plenty tunes which would not be out of place on records from that era of the veteran singer-songwriter’s career.

Ziggy Marley is now a full-fledged, globally renowned solo superstar with a handful of Grammys under his belt, but on this sixth album of his, released via Tuff Gong Worldwide, there is marked emphasis on lyrics and concepts that hark back to his heyday, speaking to timeless themes (hope, humanity, prejudice) while addressing concerns both personal and universal. In other words, this is Ziggy at his melodic and nostalgic best.

Clocking in at 46 minutes, this is a brisk, enjoyable album laden with 12 solid tracks that surf the genres of reggae, rock, soul and pop with splendid results. By now you must have heard “Weekend’s Long,” the lead-off single that oozes a tropical getaway vibe. But never the superficial artist, Ziggy also uses the track to drive home the message of emancipating one’s mind and living life to the fullest. He continues this uplifting, empowering streak on cuts like “We Are More (Mi Amore)”, the call-to-action anthem “Start It Up” and “Better Together”, on which he preaches unity over strife.

“Only love can win the war,” he reminds us on the optimistic tune “Butterflies,” while tracks like “We Are the People,” “Love Is a Rebel” and “I’m Not Made of Stone” speak powerful truths of right over wrong and fighting for peace and prosperity. The self-explanatory “Marijuanaman” (this would not be a Ziggy album without some reference to the herb) and the lover’s spat “Ceceil” are fairly successful, but our hands-down favourites are the repeat-worthy “Amen” (about building bridges and keeping money in its place) and the heartfelt “Heaven Can’t Take it” (about standing up for the less fortunate), on which Stephen Marley makes a guest appearance.

From the beginning, Ziggy (the first-born son) has been the quintessential ambassador for the Bob Marley legacy, dabbling in everything from rootsy reggae to fashion to literature to cuisine. But releasing chart-topping albums has always been his forte, and it shows on this latest effort, which finds him spreading that ageless positivity message and staying true to his irie roots. Tyrone’s Verdict: A-