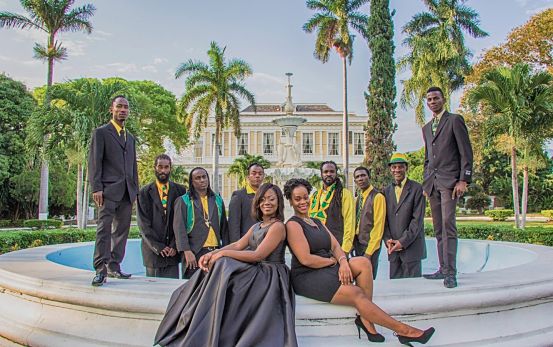 BEST OF THE BEST: The 2016 finalists photographed at picturesque Devon House, St. Andrew.

On Saturday night, an enormous and euphoric crowd was on hand to witness O’Neil ‘Nazzleman’ Scott walk away $500,000 richer after being voted the most outstanding entrant in this year’s Jamaica Festival Song Competition. The finale too place at the Ranny Williams Entertainment Centre in Kingston, drawing hundreds of supporters.

As Jamaica marks 54 years as an independent nation, the annual competition is celebrating its own mega milestone – 50 years of unearthing remarkable talents and making stars out of Eric Donaldson and Roy Rayon (and the list goes on), whose songs are now indelible entries in the Great Jamaican Songbook. But what’s the competition’s most significant achievement? Three noted voices weigh in:

OLIVIA ‘BABSY’ GRANGE, Culture and Entertainment minister
“This is now a stage for aspiring talents to express themselves and make their musical mark. It has enriched our community with timeless songs for the local and international stage and created partnerships for reggae over the years. Out of this creative work, our musical culture has grown from strength to strength. Let us keep this competition alive.”

ABBY-GAYE DALLAS, youngest winner (2012)
“It’s a great achievement for the JCDC and for the country. It’s a platform to bring raw talent to Jamaicans, and it’s allowing talented youths to excel musically in reggae. Winning was an honour. It’s a joy to be an ambassador for reggae music, and a competition like this will always mean so much to the Jamaican people.”

ROY RAYON, most renowned winner (four titles: 1985, 1987, 1991, and 2008)
“People talk a lot about cultural music in Jamaica, but Festival Song is in a class by itself. It’s an excellent landmark, and I’m happy that they continue to select some good songs (as winners), and there were some very good songs this year. The competition has done a lot for me, and my career is still going strong because of it. So I have to give thanks.”

DID YOU KNOW?
** The late Bob Marley took part in the competition one year with the entry “Send Me That Love”.
** Eric Donaldson has the most wins – seven in total.